During the year 2020, there have been more deaths than births in South Korea for the first time. This has increased the concerns of this country. South Korea is already the country with the lowest birth rate in the world. 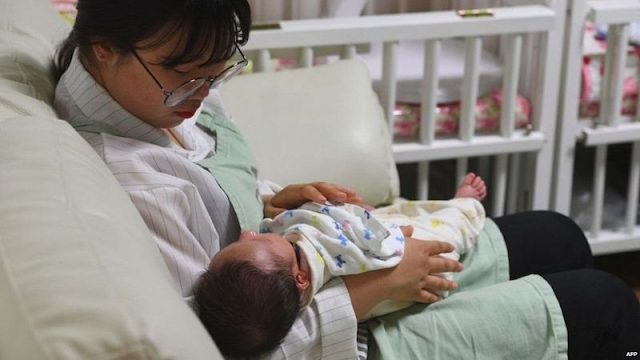 The current data has once again forced South Korea to think over its policies. The Home Ministry of the country has spoken of 'fundamental changes' in its policies in view of this.

Both of these reasons are directly impacting the economy of the country.

Last month, President Moon Jae started several policies to deal with the problem of low birth rate. In this, initiatives like giving cash to families have also been started.

Under this scheme, 20 lakh won (South Korean currency) will be given to parents on every child born from 2022. Apart from this, three lakh won per month will be given till the age of one year. From 2025, this amount will be increased to five lakh won.

What is the reason for the declining population

In South Korea, women on a large scale struggle to strike a balance between work and other necessities of life.

Hoon-u-kim is one of them. She is the eldest of four siblings. He dreamed of a big family for himself. However, he faced situations that are not suitable for family settlement in South Korea. They are now forced to think again about their decision to have children.

She has recently started a new job and she is now worried about taking maternity leave. "People tell me that it will be safe to focus on making a career first," he told the BBC.

The rising cost of real estate is also an important issue. Kim says that because of rising property prices, young couples are discouraged about settling families.

She says, "It is important for children to have their own home but, it has become impossible in South Korea."

They also do not agree with the amount being given by the government. Kim says, "Raising a child is an expensive job. With the help of a few thousand Won from the government, this problem will not be solved."