To promote the Tamil language and culture, the Delhi government has issued a notification for the establishment of the Tamil Academy in Delhi. 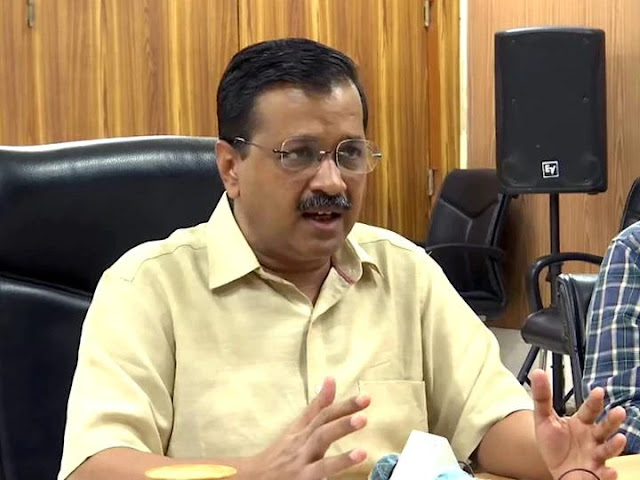 The Department of Arts, Culture and Languages ​​of Delhi Government has taken important steps to promote the cultural diversity of the country. To promote the Tamil language and culture, the Delhi government has issued a notification for the establishment of the Tamil Academy in Delhi. Former MCD councilor and member of Delhi Tamil Sangam N. Raja has been appointed as the Vice President of the Academy. The newly built academy will soon be allotted an office space with all the necessary infrastructure.

Manish Sisodia, Deputy Chief Minister of Delhi and Minister of Arts, Culture and Language Department, said that Delhi is culturally rich. People from all parts of the country live and work here. This cultural diversity makes Delhi's vibrant and cosmopolitan culture. We want to present a platform for the large population of Tamil Nadu living in Delhi. Also, the people of Delhi will also get the benefit of the art-culture of Tamil Nadu. The academy's first vice-president N. Raja and other prominent people have given full support in the establishment of this academy.

Tamil Academy Vice President N. Raja said that I feel honored to be a part of this academy. The Tamil language and culture has a long tradition in Delhi, along with the history of Indian culture. Through this academy, we will start a new journey to preserve and promote the Tamil language in Delhi.

N. Raja is active in promoting the Tamil language through Delhi Tamil Sangam. This organization organizes music, literary and dance programs to promote the culture of Tamil Nadu. Along with this, N Raja is also a member of Malai Mandir Trust. He has also been an MCD Councilor twice from 2007 to 2018.

The Department of Arts, Culture and Languages ​​of the Government of Delhi has decided that various awards will be given on behalf of this academy to promote good works in Tamil language and culture. Language courses will also be offered through this academy. Along with this, the Delhi government will also organize cultural festivals for the residents of Tamil Nadu.

Tamil culture has a rich tradition of many forms of expression such as dance, music, literature, folk arts. The Tamil language has an important role in Tamil culture as the birthplace of the chief among the oldest civilizations, known as Tamilanna (The Tamil Mother). Also, Tamil language is recognized as a classical language by the Government of India. Much of Tamil literature has been composed centuries ago. The works of Kambar and Thiruvalluvar are of international repute. The most prominent visual art forms of the region are Chola bronze sculptures and Tanjore paintings. They are counted among India's greatest contributions to world art. Most of the Tamil dance forms have their origin in the dances of the old temple, performed by the devadasis and courtiers. One of such dance forms is Bharatanatyam, which is a modern form of the ancient dance of Katir Kasseri. Some other important dances of Tamil culture are Oliyattam, Puliyattam, Karakattam and Koothu.