Samsung Galaxy 'M' series may be launched in India next week

Samsung Galaxy M12 smartphone can get a battery of 7,000 mAh. Apart from this, a 6.7-inch display can be given in it. 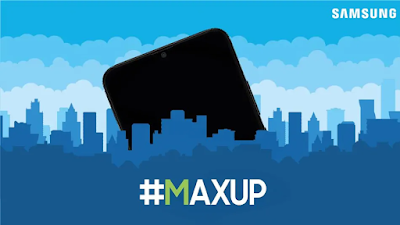 Samsung Galaxy 'M' series may be launched in India next week

The volume and power buttons will be located on the right side of the smartphone.

In this, Galaxy M12 or Galaxy M62 can be launched

Samsung's new Galaxy M series may be launched in India next week. Tipster has shared posters of the upcoming phone on Twitter, claiming the launch for next week. Tipster has also said that the phone in this series can come with a bigger screen. Apart from this, according to the leaked poster, the waterdrop notch display will be available in the smartphone. Although the name of the upcoming smartphone has not been leaked at the moment, but it is believed that it could be Samsung Galaxy M12 or Samsung Galaxy M62. The Samsung Galaxy S21 series can be launched during the Galaxy Unpacked 2021 event, which is scheduled to be held on 14 January. But it seems that the Galaxy M series smartphone can be launched earlier in India.

Tipster Mukul Sharma has shared the poster of the upcoming Samsung smartphone on Twitter. It has a #MAXUP written on it, which is a reference to a larger battery. The poster has also indicated that the volume and power buttons will be located on the right side of this smartphone.

If the Samsung Galaxy M12 does not launch next week, it could be the Galaxy M62 that was reportedly in the works.