PM Modi will gift 6 states on the first day of the year, will lay the foundation stone for light house projects

The Light House Project is an ambitious plan of the Union Urban Ministry. Under this, people will be provided accommodation. On Thursday evening, PM Modi had tweeted in this regard and informed that on the first day of 2021 New Year, I will attend a program aimed at changing the urban landscape of India. 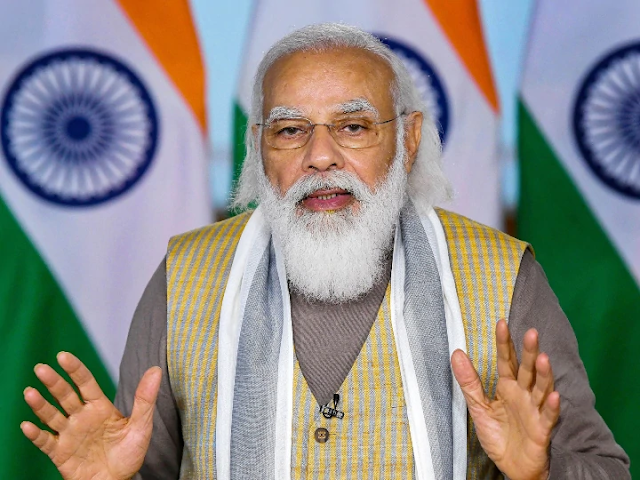 On the first day of the new year i.e. today, at 11 o'clock, Prime Minister Narendra Modi will lay the foundation stone of 6 'Light House Project' in 6 states. Significantly, under the Global Housing Construction Technology Competition-India, Prime Minister Modi is going to lay the foundation stone of light house project in Tripura, Jharkhand, Uttar Pradesh, Madhya Pradesh, Gujarat and Tamil Nadu today. Along with this, PM Modi will also announce the names of the winners of Asha India i.e. "Affordable Sustainable Housing Accelerator" during the program organized through video conferencing. Apart from this, the Prime Minister will also distribute the annual award of excellence for the successful implementation of the housing scheme (urban).

Accommodation will be provided

Let us know that the light house project is an ambitious plan of the Union Urban Ministry. Under this, people will be provided accommodation. On Thursday evening, PM Modi gave information by tweeting in this regard. He had said, 'On the first day of 2021 New Year, I will participate in a program aimed at changing the urban landscape of India. I will lay the foundation of the light haute project. Along with this, I will also distribute PMAY and Asha India Awards.

Let us know that the 6 states of the country in which the Prime Minister is going to lay the foundation of the 'Light House Project' today. Pucca houses will be built there under the GHTC-India Initiative. During this program, a new course in the field of innovative construction technology will also be started by PM Modi. The course is named "Navaritih". In addition to Housing and Urban Development Minister Hardeep Singh Puri, the Chief Minister of 6 states, Tripura, Jharkhand, Uttar Pradesh, Madhya Pradesh, Gujarat, Tamil Nadu and Andhra Pradesh will also be included in the program.

It is to be noted that in 2017, the Union Ministry of Housing and Urban Affairs started a challenge for states and union territories to select 6 states across the country for the construction of the 'Light House Project' under GHTC-India. All the states and union territories were encouraged by the ministry to participate actively in this challenge. According to the prescribed norms, it was announced to provide 'Light House Project' to the 6 states and Union Territories which got the highest marks.

According to the guidelines of the Pradhan Mantri Awas Yojana, central assistance was provided to these states for the construction of these projects. In addition to this, a provision of technology innovation grant was also made to deal with the use of new technology and other matters related to the economy and to offset the impact of any other costs due to other related factors.