In Australia, five Indian cricketers have been kept in isolation as a precaution. A video was posted on social media of an account of these five players at an indoor restaurant in Melbourne. 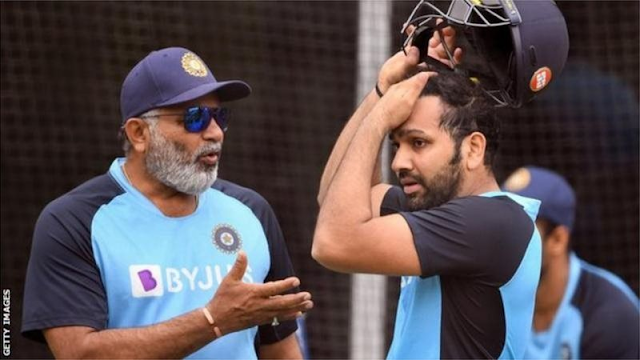 These five players are - Rohit Sharma, Rishabh Pant, Shubman Gill, Prithvi Shaw and Navdeep Saini. All these players are part of the Test match being played between Australia and India.

They have been separated from the rest of the players, but will be available for training. Both teams are investigating the matter whether any of the restrictions imposed to prevent infection of Kovid 19 have been violated.

The series of four Test matches is going on between Australia and India. Two of these matches have been done and both teams are on par with each one. The third Test match starts on January 6.

Team India's tour of Australia has taken place amidst many restrictions so as to prevent infection of Kovid 19.

Where the second Test match was played in Melbourne, players and staff are allowed out of the hotel but when going to a restaurant, they have to sit in the open instead of inside. In the video posted on social media, they are sitting inside.

A supporter of India has posted the video on social media. This video is of the new year. The five players are eating in an indoor restaurant. Cricket Australia has issued a statement in the whole matter.

"The BCCI and Cricket Australia are investigating the entire matter," the statement said. It will be ascertained in the investigation whether these five players have violated the guidelines related to Kovid 19 or not.

These five players have been asked by the medical teams of Australia and India to remain in solitude as a precaution in the interim order.

The medical teams of both countries have said, "These five players will stay away from the rest of the Indian and Australian players' groups during travel and training."

Both teams are scheduled to reach Sydney from Melbourne on Monday. The third Test match is to be held at Sydney Cricket Ground. So far no information has been given about whether the five players of India will play the Sydney Test.

Pant and Gill were part of Playing 11 in the second Test match. Rohit Sharma was to play in the third Test match. He has arrived to play the Sydney Test match after a 14-day quarantine.