The Chinese company (Chine Company) has been awarded the contract for a section of the Delhi-Meerut Rapid Rail Transit System (Delhi-Meerut RRTS), which will build a 5.6-km underground stretch from New Ashok Nagar to Sahibabad. 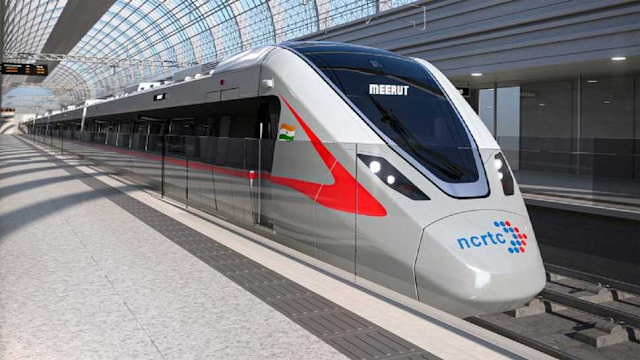 The Chinese company (Chine Company) has been awarded a contract for a section of the Delhi-Meerut Rapid Rail Transit System (RRTS) amid the ongoing dispute over the Line of Actual Control (LAC) with China (China). In June last year, the lowest bid was made by the Chinese company for the project, but the contract was put on hold due to ongoing dispute over the border.

Talking to the Indian Express, NCRTC spokesperson told, 'It was bid by many agencies and approval has to be taken at various levels for it. This bid was allowed only after the prescribed procedure and guidelines. He further said, "To complete this project on time, construction work is going on fast on the 82-km Delhi-Ghaziabad-Meerut corridor."

What is Delhi-Meerut RRTS project

The Central Government approved the Semi High Speed ​​Rail Corridor between Delhi and Meerut in February 2018. To complete the 82.15 km long Delhi-Ghaziabad-Meerut Regional Rapid Transit System (RRTS), it will cost a total of Rs 30,274 crore. After the completion of this project, the time taken for the journey to Delhi and Meerut will be reduced. The 82.15 km long RRTS will have 68.03 km of elevated and 14.12 km of underground.

India-China dispute going on for 8 months

Explain that the dispute over the Line of Actual Control (LAC) between India and China started in May last year, when China raised objections towards the construction of road in the Galvan Valley of Aksai Chin in Ladakh. On May 5, a military standoff broke out after a violent skirmish between the Indian Army and Chinese troops. After this, Chinese soldiers also got involved with Indian soldiers at Nathu La in Sikkim on 9 May, in which many soldiers were injured.