Will India benefit from this decision of Bangladesh?

Bangladesh has cut import duty on rice coming from outside.

Bangladesh has reduced the import duty on rice from the earlier 62.5 percent to 25 percent. The country's food minister Sadhan Chandra Majumdar has announced this. 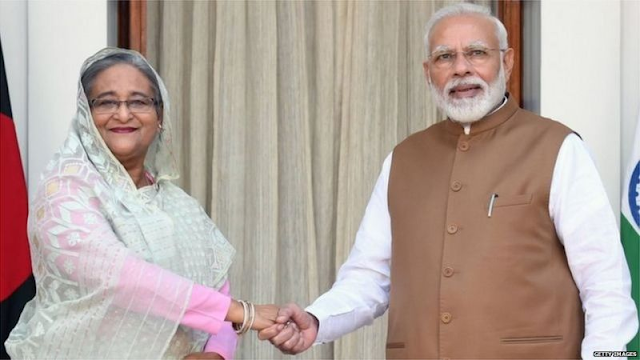 It is believed that Bangladesh has taken this step with the aim of strengthening the stock of rice in the country and bringing down the prices that have reached its record.

On the other hand, the biggest benefit of the cut in import duty is seen in India. Due to bumper rice production in the country and its strong competitive position in the international market, India can export rice to Bangladesh on a large scale.

Bangladesh and India also want to deal with this rice import through G2G deal among themselves.

Yields reduced due to flood

Bangladesh has traditionally been the world's third largest rice producer. However, Bangladesh has emerged as a major importer of rice in recent times due to dwindling stocks and high rice prices in the local market.

Due to frequent floods in Bangladesh, rice yield has decreased.

China is first and India is second in terms of rice production. After this, Bangladesh's number comes.

India is expected to benefit from reducing import duty on rice of Bangladesh.

According to news agency Reuters, talks are underway between Bangladesh and India on the purchase of 1.5 lakh tonnes of rice through Nafed (National Agricultural Cooperative Marketing Federation of India Limited).

This is the first such bilateral deal between the two countries in the last three years after the price of rice reached there due to the floods in Bangladesh.

India is the world's largest rice exporter. Due to bumper yield, there is a surplus stock of rice in the country. In such a situation, India wants to remove its excess stock.

The main competitors of India in terms of rice exports are Thailand and Vietnam. In such a situation, India is offering rice at strong discounts to get a big deal to export rice to Bangladesh by beating both these competing countries.

It is believed that the rates being offered by India are about one-third cheaper than Thailand and Vietnam.

According to the news, NAFED is in the position of giving 5 lakh tonnes of rice to Bangladesh.

In the last one month, Bangladesh has withdrawn five tenders to import 2.5 lakh tonnes of rice from the international market.

Two Indian firms have received the global tender for import of 1 lakh tonne of non-basmati rice which has been removed from Bangladesh.

Apart from this, the Government of Bangladesh is negotiating directly with the governments of G2G (Government to Government) to buy 1.5 lakh tonnes of rice from India.

In a press conference, Bangladesh food minister Sadhan Chandra Majumdar said that anyone who wants to import rice will have to request their ministry to get the approval by 10 January.

Vinod Kumar, executive director of the All India Rice Exporters Association (AIREA), says, "Rice production in Bangladesh has been low this year. This has led to increased demand for imports."

However, they say that this is a temporary thing and if the crop is good again in Bangladesh, there will be less import of rice there.

He says, "The government of Bangladesh is insisting on doing it as G2G with India in which they want to get rice from Indian government agencies like Nafed. But, the rice exporting companies of India also have to give Bangladesh this There may be a chance to send more rice for the year.

The Dhaka Tribune of Bangladesh, citing data from the state-run Trading Corporation of Bangladesh (TCB), has said that the price of thick rice varieties in the country has increased by more than 47% compared to last year. In addition, the prices of medium and fine rice varieties have risen by over 25% and 19% respectively in the same period.

According to the Dhaka Tribune news, Bangladesh Rice Research Institute (BRRI) has recently projected a decline in rice yield in the country by more than 10%.

The Indian Ministry of External Affairs release released after this virtual meeting stated, "The Bangladeshi side has requested that since India plays an important role in exporting the essential commodities to Bangladesh, affecting their domestic market, then India Any change in the government's import-export policy can be told first. The Indian side has taken note of this request. "

In this connection, the Foreign Secretary and Foreign Minister have also traveled to Nepal, Sri Lanka, Maldives and other countries.

Says Bhardwaj, "Bangladesh will also visit Bangladesh on March 26 to mark Independence Day. Modi is looking to end the little indifference between India and Bangladesh about the CAA and NRC and to strengthen the relationship." "There are many important decisions in the virtual summit between Sheikh Hasina. There have been many agreements including trade, connectivity."

This year the export of non-basmati rice from the country is estimated to reach 10 million tonnes. The country has witnessed 15-20% more crop loss than last year and there is a surplus stock of rice.

Vinod Kumar, executive director of AIREA, says, "We are in a stronger position this year compared to competing countries like Thailand and Vietnam. India is offering rice at around $ 100 less than these two countries in the international market. Because of this India Rice exports are expected to grow worldwide. "