The victory over the West Indies in the second cricket test has put 116 points on par with Australia in New Zealand, which is at the top of the Test team rankings. 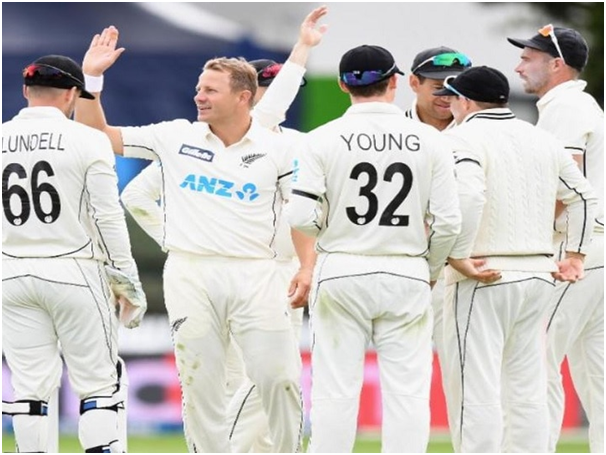 New Zealand beat West Indies by an innings and 12 runs in the second cricket test to 'clean sweep' in the two-match series and also reached the top of the Test rankings. West Indies started playing on 244 runs for six wickets on Monday on the fourth day. After trailing by 329 runs in the first innings, he needed 85 runs to postpone the innings defeat. The West Indies team was dismissed for 317, their highest score in the series.

The match was also interrupted due to rain

The game started a little late due to rain but New Zealand started positively. West Indies captain Jason Holder was dismissed in the fourth over of the day. Holder scored 61 and also shared an 82-run partnership with Joshua da Silva. He was bowled by Tim Southee.

Aljari Joseph scored 24 runs including two sixes and three fours but was caught by wicketkeeper BJ Watling off a Saudi ball. This was Saudi's seventh wicket in the match and has taken a total of 296 wickets. He is on the threshold of becoming the third bowler after New Zealand to take 300 Test wickets, Richard Hadley and Daniel Vettori.

Silva completed his half-century in 77 balls

Wicketkeeper Da Silva, who made his Test debut, completed his half-century in 77 balls but was dismissed by Neil Wegner. The last batsman, Shannon Gabriel, was bowled by Wegner without opening the account.

The win has put 116 points on par with Australia in New Zealand, which is at the top of the Test team rankings. In the World Test Championship table also, New Zealand team defeated England and came in third place.