A Japanese company and Kyoto University are working together to build the world's first wooden satellite. 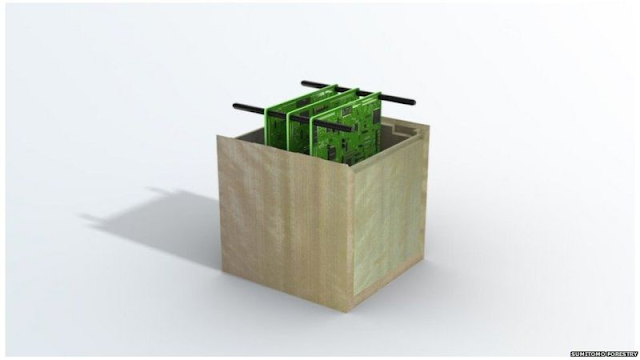 According to Sumitomo Forestry Company, they have started research on the growth of trees and the use of wood materials in space for this.

First this material will be used in different environments of the Earth. The garbage in space is increasing due to increasing number of satellites, it is called space junk.

Wooden satellites will burn when they return to the earth's atmosphere, they will not release any harmful substances and debris of any kind will not fall on the earth.

We are concerned that "all satellites that re-enter the Earth's atmosphere form tiny aluminum particles that float in the upper atmosphere for many years," according to Japan's astronaut and professor Taika Doi of Kyoto University , "

"These will affect the Earth's environment"

He said, "In the next phase, the engineering model of the satellite will be developed, then we will make the flying model,"

During this mission, he became the first person to throw a boomerang into space. The Boomerang was specifically designed for use in microgravity.

Sumitomo Forestry, part of the Sumitomo Group, which was founded more than 400 years ago. He said that he would work on developing a wood material resistant to temperature change and sunlight.

He has not yet given information about the wood used for research and said that it is confidential.

Experts have warned about the increasing risk of waste in space falling on Earth as the number of launching spacecraft and satellites is increasing continuously.

According to the World Economic Forum, about 6,000 satellites are orbiting the Earth. About 60 percent of them are useless (space junk).

Research firm Euroconsult estimates that 990 satellites will be launched every year in a decade, which means that by 2028 there may be 15,000 satellites in orbit.

Space junk moves at speeds in excess of 22,300 mph, so hitting an object can cause significant damage.