IRCTC gives huge gift to passengers, these trains will continue even after the epidemic is over

During the Kovid-19 epidemic, Railways started operating Kovid special trains and cloned trains for the convenience of the people. During this time, the railway has received a very good response from the passengers. 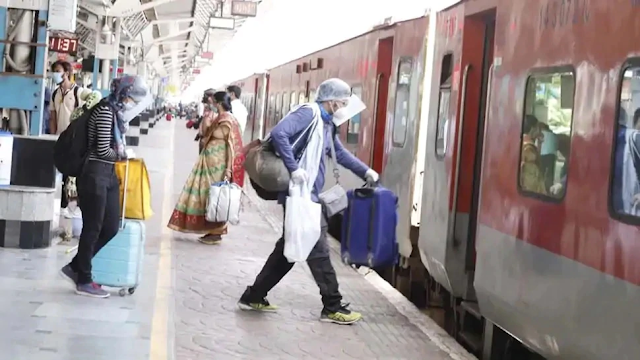 Under the National Rail Plan of the Indian Railways, there are plans to make the stations world class by the year 2030, from new bullet train projects. Apart from this, a roadmap has been drawn to make railway infrastructure world class. If the Railways believes, the Modi government's National Rail Plan will change the picture of the railways in the country.

According to Railway Board Chairman VK Yadav, Railways has also prepared a plan to end Waiting Ticket. However, of the 1089 trains that the Railways are running during the Corona era, 30 to 40 percent of the trains are still running at very low occupancy. Railways is keeping a close watch on all routes, where there is also a high demand for passengers, we are either running a clone train or increasing more trains on this route. Looking at the corona, the operation of trains is being normalized gradually.

Major damage to the railways during the Corona period