IND Vs AUS: Indian cricket team has managed to beat Australia by 8 wickets in the Boxing Day Test match. Team India has achieved this victory without Virat Kohli and has equaled 1-1 in the 4-match series. 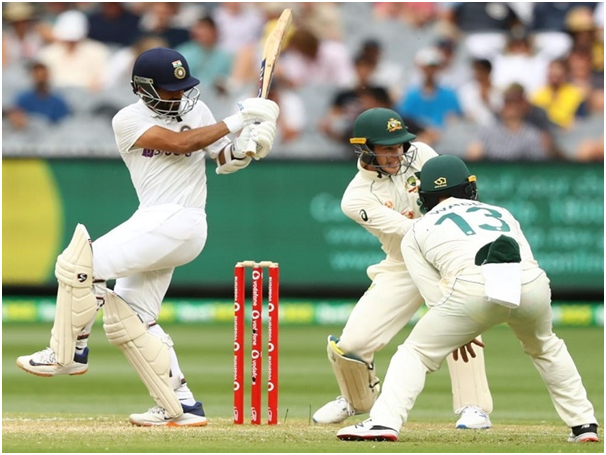 IND Vs AUS 2nd Test Match: Indian cricket team has created history in the second Test match played at Melbourne Cricket Ground. Team India defeated table-bearers Australia by 8 wickets and made it 1-1 in the four-match series. After Australia's second innings total of 200 runs on the fourth day of the match, India had a target of 70 runs to win, which they achieved in 15.5 overs after losing 2 wickets. Captain Ajinkya Rahane, who scored 112 runs, was given the title of man of the match.

Australia took the lead in the series after beating India by 8 wickets in Adelaide, but now India have equalized by winning by the same margin. The special thing is that Team India landed without their regular captain Virat Kohli in this match and on their behalf Gill and Siraj made their Test debut.

Earlier, the Indian bowlers bowled out Australia's second innings for 200 runs on the basis of their superb performance. Be 67 by facing 37.1 overs on the fourth day by the host team. The hosts had scored 133 runs for the loss of six wickets at stumps on the third day.

India took a lead of 131 runs on the basis of the first innings. In such a situation, the hosts had got a two-run lead till the stumps. Cameron Green 17 and Pat Cummins returned unbeaten on 15 by stumps on the third day.

Rahane is the X factor

Green was dismissed after a brilliant innings at a personal total of 45 while Cummins scored 22 runs. These two shared a 57-run partnership for the seventh wicket. Mitchell Starc returned unbeaten on 14 while Nathan Lyon scored three runs. Jose Hazlewood was bowled by Ravichandran Ashwin on a personal total of 10. With this, lunch was announced.