Prime Minister Modi has inaugurated the country's first driverless metro today. PM Modi said, 'In 2014 only 5 cities had metro rail. Today, metro rail is served in 18 cities. By the year 2025, we are going to expand it to more than 25 cities. 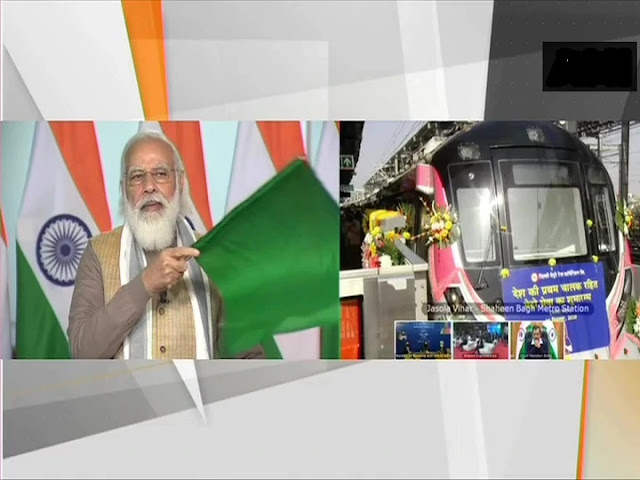 Today, the country has got the gift of the first metro to run without a driver. Prime Minister Narendra Modi flagged off the country's first driverless Metro on the Magenta Line of Delhi Metro through video conferencing. In addition, he also started the National Common Mobility Card (NCMC) service on the Airport Express Line. Delhi Chief Minister Arvind Kejriwal also participated in this program.

On this occasion, PM Modi said, "I had the privilege of inaugurating the magenta line almost 3 years from today. Today again I had the opportunity to inaugurate the country's first automated metro. This shows how fast India Moving towards smart systems. "

PM Modi further said, 'Today, the metro is also connecting with the National Common Mobility Card. It started from Ahmedabad last year. Today it is being expanded on the Delhi Metro's Air Port Express Line.

PM Modi said, 'In 2014 only 5 cities had metro rail. Today, metro rail is served in 18 cities. We are going to expand it to more than 25 cities by 2025, in the year 2014, only 248 km of metro lines were operational in the country. Today it is almost three times more than seven hundred kilometers.