First flight from Noida International Airport can start by January 2024

There was talk of making an airport in Jewar for a long time, now it is going to take the form of reality. On Wednesday, the Government of Uttar Pradesh in Noida signed a 'Concession Agreement' with the representatives of Zurich Airport International AG for the development of Noida International Airport, Jewar. 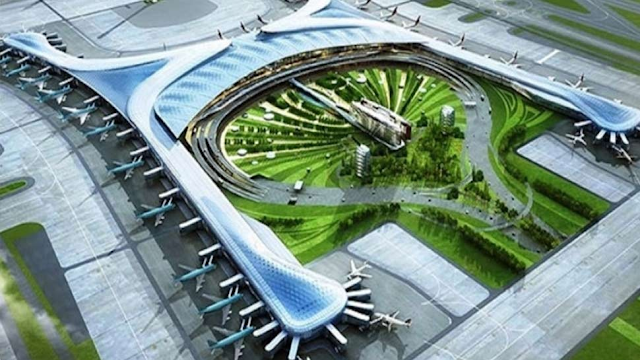 A total of 3076 families were affected.

Jewar Airport latest update: The first flight from Noida International Airport can take off from December 2023 or January 2024. A senior officer said while talking that work has started completely at this airport. Noida International Airport Limited CEO Arun Veer Singh said that three thousand families have been affected due to this greenfield project. The work of settling such displaced people will be completed by May 2021. A total of 3076 families have been affected.

Out of the displaced people, those whose land has been taken for the first runway will be established. After that, the land that went to the second runway and the people of the villages will be helped. It will cost around Rs 350 crore of government to rehabilitate these families from six villages.

Finally, after much lengthy debate, the name and logo of this largest airport in Asia, built on 5000 hectares, has been finalized. This name will give Uttar Pradesh a new identity internationally.

It will have its logo in blue color. In which there is a reflection of the state bird 'Stork'. Though its design is still under consideration. In a meeting to decide the name and logo, Christoph Schnellmann, CEO of Yamuna International Airport Pvt Ltd, Noida International Airport Ltd. Senior officials including the CEO of Dr. Arun Vir Singh were present.

Asia's largest airport to be built