Covid-19 vaccination: vaccination started in France too, first dose given to a 78-year-old woman

The 78-year-old woman Maurisite from Severon city received the first Kovid-19 vaccine in France. Surveys show that there is little doubt about the new vaccine among French people. That is why the government is cautious and is not making vaccination mandatory. 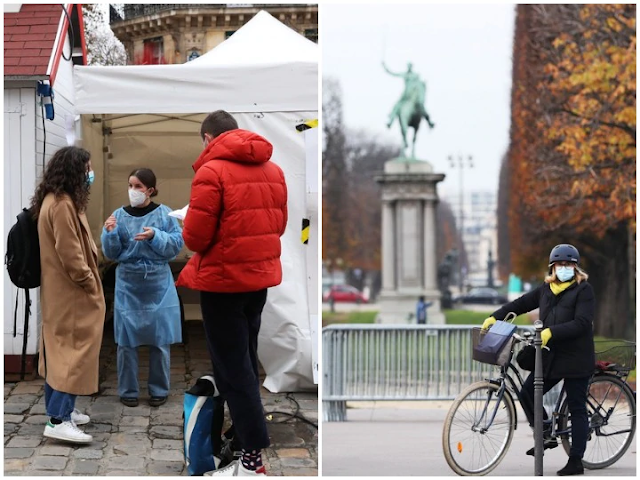 Covid-19 vaccination: France has started a vaccination campaign against the corona virus. On Sunday, the program started with a 78-year-old elderly woman. The woman was vaccinated against the Kovid-19 vaccine at a nursing home in the northeastern area of ​​the capital Paris. Let me tell you that this area is generally considered to be one of the poor areas of the country.

Aurelian Rousseau, head of the public health service of the Paris region, said on Twitter that this is an important moment and there is high expectation from him. The 78-year-old mauritess of the city of Severn was given the first vaccine in France. Later, a vaccination campaign will also be held at the Champaillot Home in Dijon. Surveys show that there is little doubt about the new vaccine among French people. That is why the government is cautious and is not making vaccination mandatory.

The government hopes that by summer, 2.7 crore people will be protected against the corona virus. Currently, the country has a population of 67 million. In France, 62 thousand 570 people have died due to Corona virus. About a third of deaths have been reported in nursing homes. Therefore, the government has decided to include the elderly and health workers in the vaccination campaign first. In France, 3,093 new cases of corona virus were reported in the last 24 hours amid vaccination campaigns. The French government has reported the deaths of 146 patients infected with Kovid-19 in the last 24 hours. On Saturday, a dose of 19 thousand 500 vaccines was delivered to the complex suburban area. Others according to static media. Doses have also been distributed at places.