Boris Johnson expressed happiness after the initial free trade agreement between Britain and the European Union. 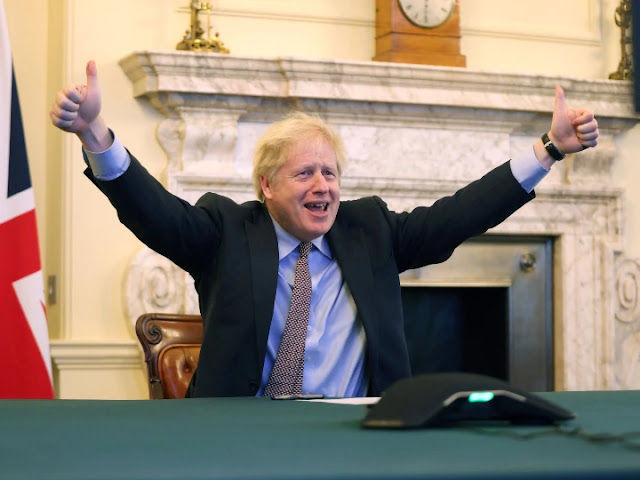 The initial free trade agreement (FTA) has been signed between Britain and the European Union (EU). This will not create any dislocation in the new year for cross-border trade and the Brexit deadlock will provide some relief to companies affected over the years. A week before Britain broke away from Brexit, the matter was successful on Thursday.

Downing Street said in a statement, "We have completed Brexit and now we can take full advantage of the opportunities available to us as an independent trading country and enter into trade agreements with other partners of the world." '

Downing Street announced, "We have signed the first free trade agreement on the basis of zero duty and zero quota. It is the largest bilateral trade agreement signed by both sides. It has a trade of 668 billion pounds in 2019. "

Downing Street said Britain had regained control of its money, customs, laws, trade and fishing waters. "On the other hand, the European Union said it was a good agreement, which was a 'long and Shows a wide path. ''

"We finally reached an agreement," European Union chairperson Ursula von der Leyen said at a press conference in Bressles. It is a fair and responsible agreement. "

He said, "EU rules and norms will be respected. Britain was our ally for a long time. Now is the time to look to the future because Britain will now be the 'third country' in relations with the economic bloc. "

Now Britain will have a 'race' to approve and ratify this agreement before exiting the European Union's economic structure. Both the UK and the European Parliament have to vote on this agreement. Tensions arose several times in negotiations between the two sides over the agreement for months.

The main issue between the two sides was the fair competition rules, the mechanism for settling future disputes and the right to fishing. The final hurdle was the right to transport EU boats in British waters, which was later resolved. However, the important aspects of future relations between the bloc and its former member of 27 countries are not settled.