Zimbabwe team did wonders, beat Pakistan in super over

Despite the century of Babar Azam, Pakistan could not register a win in the last ODI of the series. The players of Zimbabwe showed a great game in the Super Over. 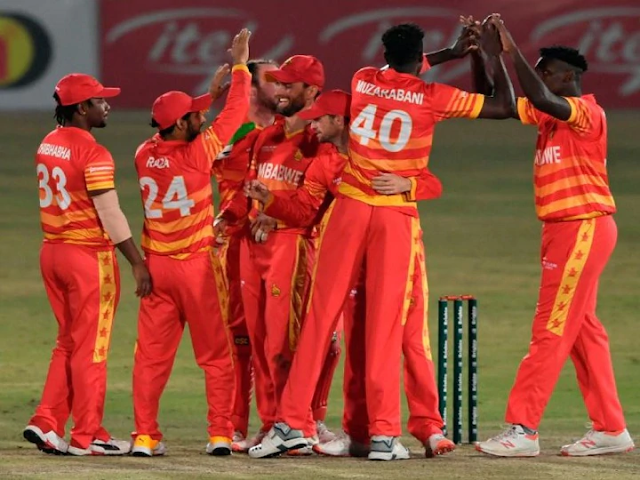 Zimbabwe's team defeated Pakistan's team in a super over in the last ODI of the three-match series. Sean Williams scored an unbeaten century for Zimbabwe and became the hero of victory. Apart from this, fast bowler Blessing Mujarbani also took five wickets while bowling brilliantly. However, Pakistan's team was successful in winning the series 2–1.

Mujarbani bowled brilliantly in the super over, allowing Pakistan to lose two wickets of Iftikar Ahmed and Khushdil Shah. After this, Taylor and Raza gave their team victory on the third ball of Shaheen Shah Afridi. The series was part of the World Cup Super League, which helped Pakistan to 20 from two wins and Zimbabwe with 10 points from a win.

Pakistan had their fifth ODI fast bowler Mohammad Hasanen scoring Zimbabwe three for 22 but Williams's unbeaten 118, Brendan Taylor's 56 and Sikander Raza's 45, helped the team score 278 for six. Was able to stand up.

Williams handled Zimbabwe with Taylor for 84 for the fourth wicket, 75 for the fifth wicket with Wesley Madhavere (33) and 96 for the sixth wicket with Raza. From Pakistan, Hasanen took five wickets for 26 runs.

In response, Pakistan also scored 278 for nine with a century from captain Babar Azam (125) and a half-century from Wahab Riaz (52). Mujarabani took five wickets for 49 runs.

Zimbabwe had a chance to win in the regular overs but Raza first caught Riaz's catch and then on the final ball of the match, Tendai Chisoro misfired, leaving the ball for four runs to tie the match.