US Elections 2020: Black and South Asian women across the world cheered on Kamala Harris' historic victory

Kamala Harris is the daughter of an Indian mother and Jamaican father. She is the first American of Indian origin to reach the post of Vice President in the US. 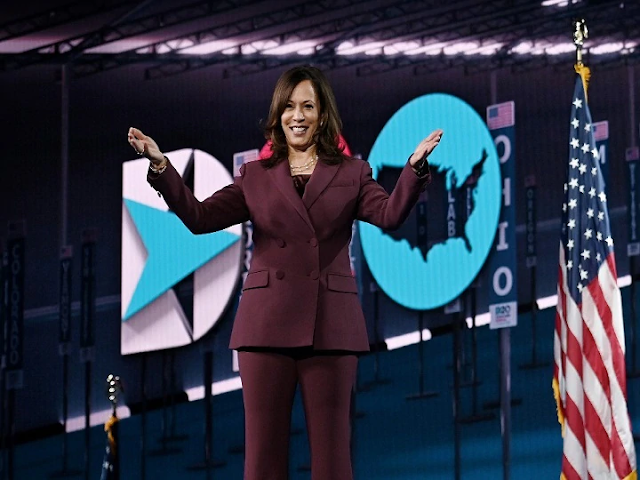 In the US presidential election, Democratic Party candidate Joe Biden defeated incumbent President Donald Trump in a tough fight. Also, Kamla Harris of Indian origin has been elected the first woman of America, the first black and the first South Asian Vice President. Black and South Asian women around the world are reacting to this historic victory on social media to Kamala Harris.

A woman named Flamella Benjamin said, "Whenever I see Kamala Harris, my heart leaps with joy, because she has made history by becoming the first woman to become the Vice President. She is an inspirational black woman, who is a girl of the world." Will inspire them to aim higher. "

Another black woman named Le Gatou Chocolet shared a video of Harris's dance, writing on Twitter, "Daughter of immigrants, daughter of India, Jamaica and daughter of America ... in America ... a black woman. Kamala Harris She will be the Vice President of the United States.

A woman named Nicole Lynn said, "The Vice President of the United States is now a black woman. I can hardly believe that I am writing this. You don't know what it means to me and every black girl there." It matters. Anything is possible! Wow! "

A woman named KK Palmer wrote on Twitter, "I am very excited and really surprised to see a black woman on this post. In America, I have been searching for a black woman over and over again, That looks like me. "

Opal Vaden said, "I am thinking of all the brown and black girls who will see themselves in Kamala Harris and will be big thinking they can do anything."

Another Twitter user wrote, "I can tell my future son and daughter that one day you too can become President and Vice-President. They will also have proof in their history books that anything is possible."

Let me tell you, Kamala Harris was first elected as the District Attorney of the County of San Francisco in 2003. She then became the Attorney General of California. Harris was sworn in as a United States Senator from California in 2017. She was the second black woman to do so. He also worked on Homeland Security and Government Affairs Committee, Select Committee on Intelligence, Judicial Committee and Budget Committee.

Gradually, she became popular among the people. Especially his speeches got a lot of support during the 'Black Lives Matter' campaign. Harris often speaks of the need to end systemic racism.

Harris announced his own candidacy for the 2020 presidential elections on January 21, 2019. However, she withdrew from the race on 3 December and has been a vocal supporter of Biden since then.