Unmarried couples will now be able to live together in UAE, amendment in law

The United Arab Emirates has recently made some sweeping changes to its civil and criminal laws. In this country with a population of more than 84 lakhs (according to a survey conducted in 2018) there are about 200 people of nationality. 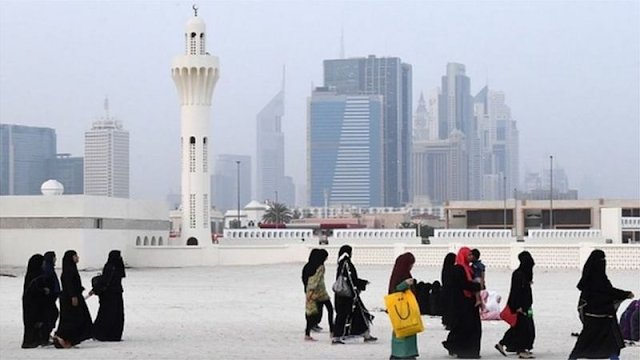 These amendments have been made to make the lives of citizens and migrants living there more positive and favorable. A large population of migrants living in the United Arab Emirates is from South Asia.

Under these amendments, foreigners residing in the UAE will now be allowed to settle individual cases according to the law of their own country. For example, in the case of divorce and separation, in the case of bequest or property sharing, in relation to consumption of alcohol, in case of suicide, in relation to sexual relations with a minor, in case of female security and honor-crime.

A few weeks before this, the UAE has signed a landmark agreement to normalize its relationship with Israel. With this step, it is also expected that the influx of Israeli tourists and investors will increase in the country.

Meaning of this change in laws

There has been a lot of reactions from the migrant community and legal experts on these changes.

He adds, "In the recent times, the UAE government has made amendments to a number of laws that directly affect the migrant population. Be it amendments under the Golden Visa Scheme or the Residency Visa for Entrepreneurs Amendments to the terms of ".

Alkhaza says that the government has amended and relaxed the laws for which people (whether citizens or migrants) have often been punished.

UAE President Sheikh Khalifa bin Zayed announced these changes by issuing a decree on 7 November and these amendments came into force with immediate effect.

"This is a federal law. Once published, all citizens must abide by it," says Alkhaza.

Alkhaza believes that the new amendment will boost tourism in the country and will have a positive impact on all important events. Of which there is also a much awaited event Expo 2021. It is expected that many important investors and millions of spectators will be involved in this international event.

Alakhza feels that implementing these amendments will be easy and effective. He said, "UAE society is a mixture of migrants and its native citizens. Both the majority have a sense of acceptance about each other and they respect everyone's culture."

Changes have also been made in the laws in which Honor Crime was till now protected. Now they have been placed in the category of crime. A person convicted of rape with a minor or mentally under-developed person can now be given the death penalty.

If you are found to be consuming alcohol without a license, you will not face any punishment. However, certain conditions have been imposed for drinking and buying liquor. One of which is that the drinker should be above 21 years of age.

An Indian diaspora says, "There was always fear of drinking alcohol. We are definitely feeling a little safer with these changes."

28-year-old Zareen Joshi has been living in Dubai for the last 25 years. She is of Indian origin. They believe that this amendment is a great acceptance to various nationalities.

He told the BBC, it makes us feel like our house is close.

She further says, this step has increased the possibilities of further investment as well as this decision is encouraging them to stay in the UAE more.

Many people have expressed their happiness on social media.

Giulio Ochionero, who lives in Abu Dhabi and is an engineer by profession, expressed happiness in this regard by tweeting. They see this decision as an example of civil progress.

Another Twitter user, Yusuf Nazar, says that with these modifications couples will be able to live together without marrying.

According to WAM, the official news agency of the United Arab Emirates, these amendments are intended to further improve the country's legal environment and motivate people to live and work here.

According to media reports, these changes are to strengthen the position of the country to progress on the path of progress and woo foreign investment.

An editorial in Gulf News states that the new laws will ensure the stability of the financial interests of foreign investors.