This star batsman of CSK will debut in Pakistan Cricket League

Faf du Plessis will make his Pakistan Super League (PSL) debut from November 14, playing against the playoff stage for the team of Peshawar Zalmi (Peshawar Zalmi) 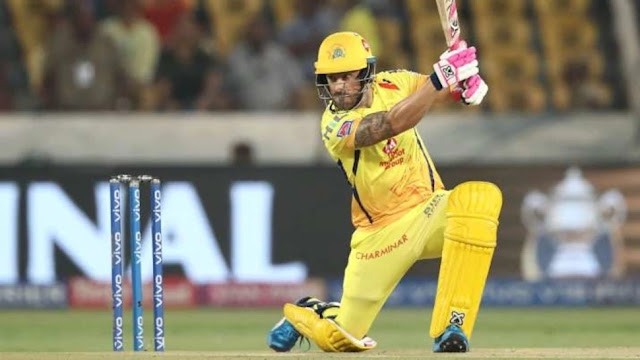 Peshawar will play for Jalmi in the playoff stage

South Africa batsman Faf du Plessis will make his Pakistan Super League (PSL) debut on 14 November. He will play for Peshawar Zalmi (Peshawar Zalmi) in the playoff stage. Du Plessis last visited Pakistan in 2017 as the captain of the ICC World XI. He will now replace Kieron Pollard in Peshawar Jalmi. Darius will be on the New Zealand tour with the West Indies team after the IPL, so Plessis has had to replace him.

PSL is played in February-March. It was also organized this year and the entire tournament was played in Pakistan but due to the corona virus, the tournament's playoffs were postponed indefinitely. Now its playoff match is going to start from November 14.

Faf du Plessis said, 'I am very excited to join Peshawar Zalmi for the PSL 2020 playoff stage game. I have memories of playing in Pakistan when I toured with the ICC World XI in 2017 and I am sure it is a different experience. However, due to the Kovid-19, it will be seen as a memorable moment '.

Apart from du Plessis (Faf du Plessis), 20 other foreign players have also confirmed to play in this league. Apart from this, six England cricketers will also be seen playing in PSL playoffs.