France is going to enact a new law, furthering its war against fundamentalism. A bill in this regard will be introduced in Parliament. With this move of France, Muslim countries are sure to get chilly.

Jail may have to go with fine 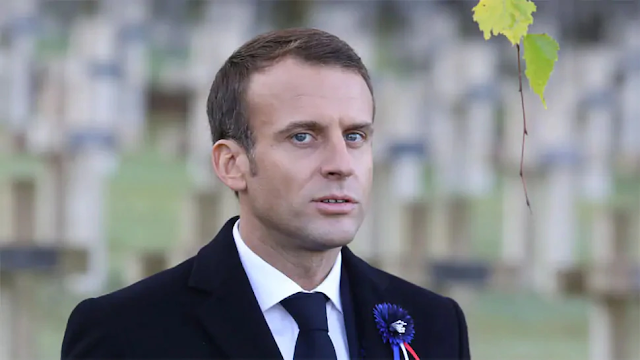 France is constantly taking steps against fundamentalism. After Turkey's announcement of banning the ultra nationalist group 'Gray Wolves', France is now going to introduce a law that is sure to increase its dispute with Muslim countries.

No place for discrimination

French President Emmanuel Macron has already spoken of enacting tougher laws to curb fundamentalist thinking. Now the Minister of Internal Affairs Gerald Darmanin has presented the blueprint of this preparation of the government. He told that the government is going to put a bill in Parliament, which will completely stop discrimination on the basis of religion and gender.

Gerald also made it clear that the government will take strict action against those who pressurize the authorities or who refuse to follow the teachers' lessons. Opposition to this move of France has also started. A large number of Muslims are criticizing this statement of the French minister by tweeting on social media. They say that women have the right to refuse treatment from a male doctor. In addition, he has also raised questions on the 5-year sentence and fine.

Earlier, Gerald announced a ban on Turkey's 'Gray Wolves' group. He had said that a proposal in this regard would be put in the French cabinet on Wednesday. Banning this group is extremely important. If the resolution is passed, the penalty or imprisonment will be cleared for holding any work or meeting of the group. At the same time, French MP Yale Braun-Pevette also expressed happiness over this initiative. They say that such groups have no place in our country.

The French Nationalist Movement Party (NMP) has criticized France's move. In Turkey, the 'Gray Wolves' group is considered close to the Nationalist Movement Party of Devalle Bahskeli, which has a political alliance with President Erdogan's Justice and Development Party (AKP). In this context, this action of the French government is sure to increase the tension between the two countries. Gray Wolves is said to have played a key role in Erdogan's victory in the 2018 presidential election. The group is also known as the MHP's military wing.