Saudi Arabia has announced that it will remove some restrictions imposed under the 'Kafala' system, which will reduce the control of the person or company employing the lives of the workers. 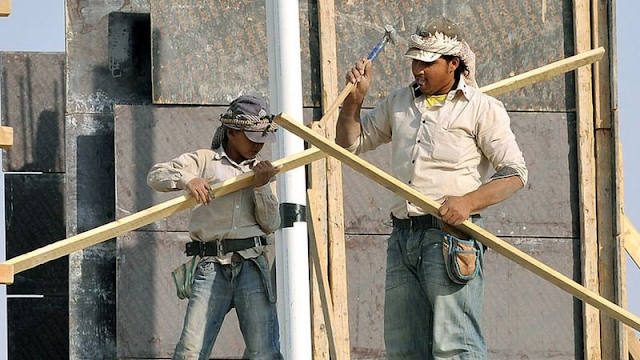 Changes in the 'Kafala' system can have an impact on the lives of about one crore foreign laborers.

After these reforms, now the workers working in the private sector can change their jobs and leave the country without the consent of their boss.

The Saudi government says its effort is to "increase the capacity of workers and improve the working environment."

Human rights activists said that due to the current 'Kafala' system, there is a high possibility of exploitation and oppression of workers.

A human rights activist has welcomed the government's move, but has warned that parts of the system have been retained. They say that this system should be completely destroyed.

Changes will apply from March

Saudi Arabia's Ministry of Human Resources has said that the new changes brought in the labor law on Wednesday will apply to all those who work in the private sector. These changes will be applicable from the month of March.

After the change in the Kafala system, now foreign workers working in Saudi Arabia will not need to allow their employer to quit or change jobs.

Also, they will be allowed to go out of the country without the permission of their employer.

Workers will be able to apply for government services directly. Whatever service contract they have with their employees will be put online.

"We want to create a better labor market in the country and at the same time improve the working environment for the workers," Abdullah bin Nasir Abuthunayan, deputy minister of the Saudi Ministry of Human Resources, told reporters.

He said that these changes in labor laws will help in achieving the objectives of Vision 2030. Under Vision 2030, Saudi Arabia wants to reduce its dependence on oil and move ahead in other areas as well.

Rothana Begum, senior researcher at Human Rights Watch, an organization working for human rights, told the BBC that the government's declaration was "very important" and that "it will bring a lot of changes in the conditions of workers coming from abroad".

However, she says, "The convoy system is still not completely finished."

Rothana Begum says that it seems that the workers will still need sponsors to come to Saudi Arabia in search of work. Also, at any time, the decision to cancel the residency permit of the workers or to continue the permit will be made by the job seekers.

She says, "This means that the workers will continue to be exploited and their employers will control them."

She says "These changes will not apply to workers coming from abroad to work at home, who are most likely to be exploited".

She says that Human Rights Watch has mentioned in its report how the employers make their domestic servants work continuously for hours without giving them time to rest, do not pay them on time and do not get them out of the house Giving

According to the report, some servants have also been physically and sexually abused.

She says, "There are millions of workers in Saudi Arabia, about whom no information has been kept. The authorities have not even told whether such workers will get the benefit or not."