Republic TV editor-in-chief Arnab Goswami has been arrested in an old case registered in Alibaug. 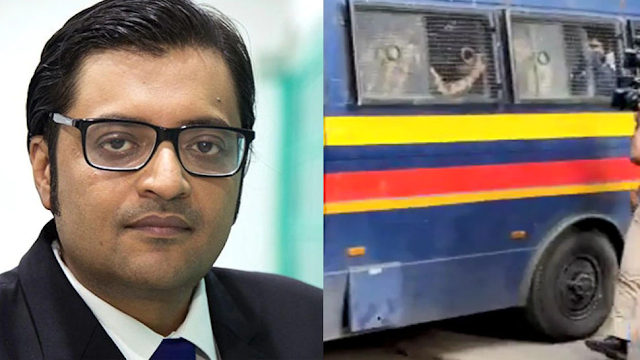 Raigad police on Wednesday arrested the editor-in chief of Republic TV Arnab Goswami (Arnab Goswami) and two other people for allegedly abetting the 53-year-old interior designer to suicide. In May this year, a CID inquiry was ordered by the Maharashtra government. This matter is of 2018. The police also searched Arnab's house. Arnab can be produced in Alibag's court. Apart from Arnab Goswami, the police have also arrested Feroze Sheikh and Nitesh Sarada.

A 53-year-old interior designer and his mother had been ordered to be re-examined by the CID for allegedly committing dues by Arnab Goswami, Feroze Sheikh and Nitesh Sarada. It was allegedly stated in the suicide note written by Anvay Naik that the accused had not paid his 5.40 crore rupees, so he had to commit suicide. The allegations were denied by Republic TV.

Regarding the CID investigation, state Home Minister Anil Deshmukh had said, "Admay Naik, daughter of interior designer Anvay Naik, claimed that the Alibag police in Raigad district had not investigated the case for non-payment of dues. So Anvay and his mother had to take the step of suicide.

Reacting to Arnab's arrest, actress Kangana Ranaut said, 'I want to ask the Maharashtra government how many voices will stop. These mouths will continue to grow. Before today, many martyrs have given their martyrdom. After all, why do you get so angry?