Putin will leave the throne after 20 years…? Girlfriend agrees to resign after signs of dangerous Perkinson disease 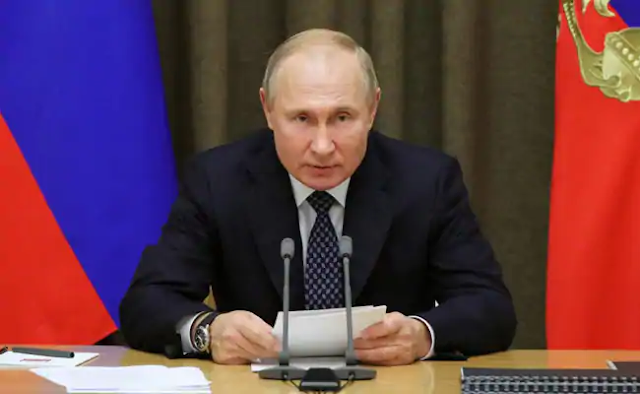 Russian President Vladimir Putin will step down in January 2021 next year after assuming power for 20 years. Putin has symptoms of a dangerous Parkinson's disease, after which his girlfriend persuades him to resign as president, so that the problem does not become serious. Putin has been in power for the longest time after the Russian ruler Stalin. Recently, Prime Minister of Japan Shinjo Abe has also stepped down due to health reasons.

According to British newspaper The Sun, Vladimir Putin is preparing to break away from active politics early next year. Sources associated with the Russian President's Office Kremlin say that 68-year-old Putin has seen symptoms of Parkinson's disease. This has upset her 37-year-old girlfriend Alina Kabeva. Kabeva persuaded him to relinquish power. For a long time, power in Russia has been with Putin or his close Dmitry Medavdev.

Recently, such video footage has surfaced in which Russian President Putin was seen shaking his leg continuously. He was also seen experiencing pain while sitting in a chair. Vibration without any reason has been found in his fingers. Similar symptoms are found in a patient of Parkinson's disease.

Putin is busy making himself safe

Signs of Putin's departure from active politics came to a head last week when a law was passed in the Russian Parliament. Under this, Putin was given the right to remain a senator even after resigning. Putin has also been guaranteed to avoid any kind of lawsuit and to provide salary and allowances and facilities. Moscow political analyst Professor Valerie Solovey said on Thursday night that Putin may have had symptoms of Parkinson's.

Putin's girlfriends Kabeva and his two daughters, Maria and Katrina, have pressurized him to give up power, and he may have agreed. Putin has expressed his intention to leave the presidency in January 2021. There are indications that Putin will soon announce the new Prime Minister who will later be his successor. However, the President's office has refused to give any statement on any such speculation.