On the basis of Rohit Sharma's captaincy innings, Mumbai Indians defeated Delhi Capitals by five wickets and won the IPL-13 title. Mumbai's team has become the IPL champion for the fifth time. 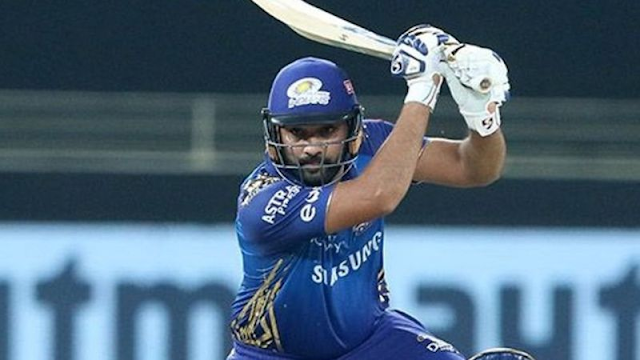 Mumbai has won the IPL Trophy for the second time in a row. Chennai Super Kings had done the job of winning Mumbai's first two consecutive titles. Delhi Capitals were playing the final for the first time but they could not make history in the final.

KL Rahul was also chosen as the Game Changer of the Season. Ishaan Kishan of Mumbai for the most 30 sixes and Kerron Pollard for the best strike rate.

Rohit added 45 runs for the first wicket with Quinton de Kock. De Kock was dismissed by Marcus Stoinis in the fifth over. De Kock scored 20 runs.

This was followed by a 45-run partnership between Rohit and Suryakumar Yadav. Suryakumar Yadav was runout in the 11th over. He scored 19 runs. But Captain Rohit Sharma remained frozen. He completed the half century by scoring a four off Kagiso Rabada in the 12th over. Rohit played 36 balls to reach 50 runs.

Rohit Sharma was out in the 17th over off the ball of Enrique Norquia. He scored 68 runs. Keron Pollard could score only nine runs. He was dismissed by Kagiso Rabada. Hardik Pandya was dismissed after scoring three runs. But Ishaan Kishan remained frozen and scored an unbeaten 33 to help the team win. The run which helped Mumbai win came off the bat of Krunal Pandya.

Delhi Capitals scored 156 for seven wickets in 20 overs. For Delhi, captain Shreyas Iyer scored 65 not out and Rishabh Pant scored 56 runs. These two shared a 96-run partnership for the fourth wicket.

Before this, the Delhi team, which won the toss and chose to bat, did not start well. Delhi lost the first three wickets for just 22 runs. Opener Shikhar Dhawan scored 15 and Ajinkya Rahane scored two runs while Marcus Stoinis could not even open the account.

Before this, Delhi Capitals captain Shreyas Iyer won the toss of the final match and chose to bat.

This was the 200th IPL match of Mumbai Indians captain Rohit Sharma.

Journey to the finals

The teams of Mumbai and Delhi were first and second in the point table after the league round. In the first qualifier match, Mumbai defeated Delhi and made it to the final. Delhi won the final ticket by defeating Hyderabad in the second qualifier.