Obama in his book called Rahul nervous, before PM had said this big thing for Modi

America's first African-American President Obama visited India twice during his tenure in 2010 and 2015. After this, he visited India in 2017. 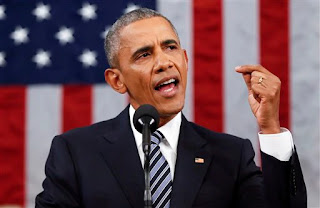 Obama has compared Rahul Gandhi to such a student in his autobiography. Those who have done the course work, they are also eager to impress the teacher. But to achieve mastery in this subject, either they do not have merit or lack of passion. Obama has also called Rahul Gandhi nervous.

Apart from Rahul Gandhi, former PM Manmohan Singh has also been mentioned by Obama in his autobiography. Obama has praised Manmohan as a politician with a senseless, quiet kind and deep integrity.

America's first African-American President Obama visited India twice during his tenure in 2010 and 2015. After this, he visited India in 2017, when the Modi government was -1 at the center. Obama also met Rahul Gandhi at that time.

Union Minister and BJP MP Giriraj Singh has taken a dig at Rahul Gandhi. Giriraj has tweeted that as soon as Rahul Gandhi's insanity starts decreasing in the country, he gets insulted from abroad.

This big thing was said for PM Modi

In 2015, former US President Barack Obama also wrote an article on Prime Minister Narendra Modi. In this article, Obama praised PM Modi. In his article, he wrote, "Modi's emphasis is on poverty alleviation in India. Modi first promoted the family by selling tea and now he is advancing the country. This is the picture of emerging India."