ISRO to launch PSLV-C49 with 10 satellites at 3.02 pm today, to keep a close eye on enemy of the country

The biggest feature of this satellite is that the earth can be seen even in the midst of clouds and a clear picture can be taken. It can take pictures of day and night. 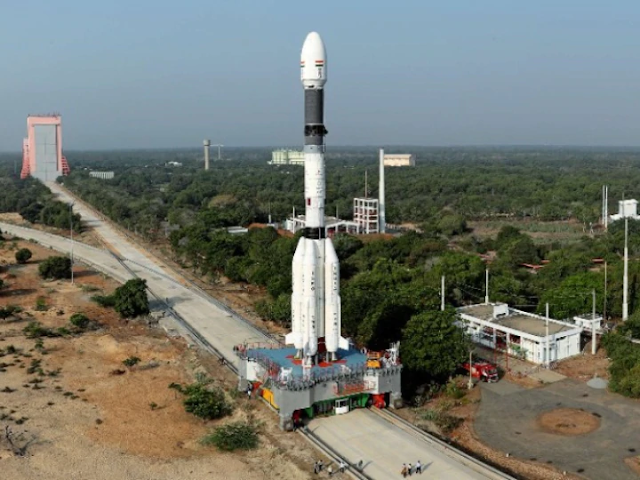 The Indian Space Research Organization (ISRO) is going to make its comeback amid the Corona epidemic. ISRO will launch EOS-01 (Earth Observation Satellite) from Sriharikota's Satish Dhawan Space Center today at 3:02 pm. This satellite will be launched with PSLV-C49 rocket. It will carry the country's radar imaging satellite (satellite) and nine other foreign satellites. For this, the countdown of 26 hours has started on Friday afternoon 01 01 02 minutes.

The nine foreign satellites to be launched include Lithuania (1-Technology Demonstrator), Luxembourg (4 Maritime Application Satellite by Cleos Space) and US (4-Lemur Multi-Mission Remote Sensing Satellite). EOS-01 Earth Observation Reset is an advanced series of satellites. It has a synthetic aperture radar (SAR), which can monitor the Earth at any time and in any weather.

The biggest feature of this satellite is that the earth can be seen even in the midst of clouds and a clear picture can be taken. It can take pictures day and night and is useful for monitoring as well as people's activities. This time ISRO will use the DL variant of PSLV rocket, which will have two strap-on booster motors.

This rocket variant was first used in the Orbit Microset R Satellite on 24 January 2019. The PSLV is a four-stage / engine rocket, powered by solid and liquid fuels alternately with six booster motors, strapped on the first stage to deliver high speeds during the initial flight. The launch of this satellite can be seen live on ISRO's website, YouTube, Facebook and Twitter channels.

A look at ISRO's satellite mission

All space activities have been affected significantly since the march between Corona. The agency is also ready for the much awaited test of its new rocket small satellite launch vehicle (SSLV) or mini-PSLV by next month. Earlier, ISRO had launched RISAT-2BR1 through PSLV C48. After that, in January 2020, the GSAT-30 communication satellite was launched on the Ariane-5 VA-251.

ISRO was to launch the GISAT-1 onboard GSLV-F10 on 5 March 2020, which was postponed due to technical issues. Soon after the PSLV C49 launch, ISRO will launch its much awaited GSAT-12R satellite via PSLV C50 and then the GISAT-1 satellite will be launched via GSLV rocket.