Ishan Kishan emerged as the new 'Sixer King' of IPL, received lakhs of rupees in prize

In the 13th season of IPL, a star player like Maxwell was very disappointed. But young players like Ishaan Kishan and Sanju Samson emerged as the new Sixers King. 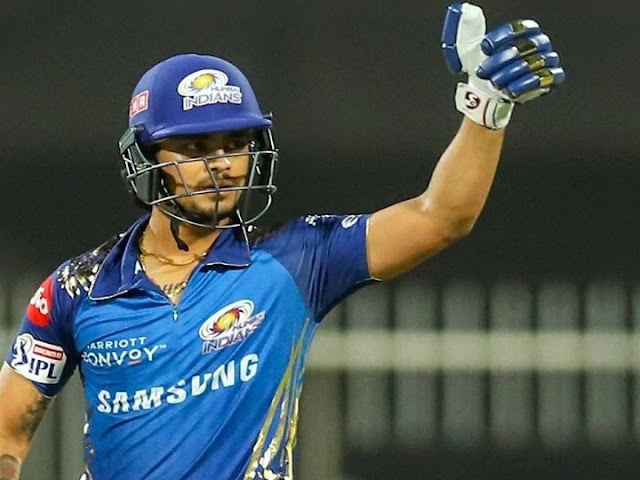 Sixes rained heavily on the 13th season of the Indian Premier League. However, this year, where players like Maxwell and Dhoni, identified as Sixer King, proved to be a flop, Ishaan Kishan, Sanju Samson and Rahul Tewatia shocked everyone with their bat. In the 13th season, Mumbai Indians youngster Ishaan Kishan hit the maximum 30 sixes.

For the first time, Ishaan Kishan, who scored more than 500 runs in one season of IPL, emerged as the biggest Sixer King in the 13th season. Ishaan Kishan hit 30 sixes in 14 matches and due to hitting the maximum sixes in this season, he also got a prize money of Rs 10 lakh.

These players are also not behind

The Rajasthan Royals team may have finished last in this season. But Sanju Samson left no stone unturned in the matter of hitting sixes. Sanju Samson hit 26 sixes in 14 matches and scored 375 runs in the tournament.

Mumbai Indians star player Hardik Pandya did wonders in the 13th season. Hardik Pandya got very few chances to bat, but he redeemed them, hitting 25 sixes and scoring 281 runs in 13 matches at a strike rate of around 180.

Eoin Morgan may not have given KKR's team a place in the playoffs, but he performed brilliantly with his bat. Morgan scored 418 runs in 14 matches with the help of 24 sixes.