IPL: Orange cap named after KL Rahul, know how many lakh rupees have been received in prize

IPL: The 13th season was a great season for KL Rahul as a batsman. Rabada Purple Cap of Delhi Capital managed to keep it decorated on its head. 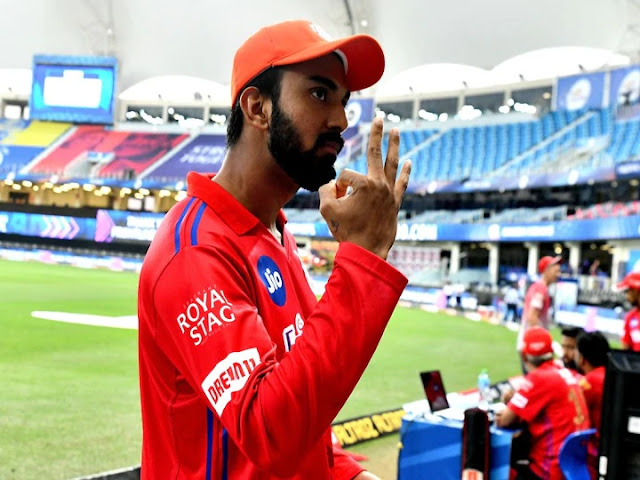 In the 13th season of the Indian Premier League, the Mumbai Indians team won the title for the fifth time. Kings XI Punjab captain KL Rahul, who did wonders with his bat in the 13th season, came to Orange Cap, while Delhi Capitals fast bowler Rabada managed to retain the Purple Cap till the end.

From the beginning of the 13th season, Kings XI Punjab captain KL Rahul showed amazing form. KL Rahul scored 670 runs in 14 matches played in the 13th season at an average of 55.83. In this season, Rahul has named Orange Cap after scoring a century and five half-centuries. KL Rahul also got a prize money of Rs 10 lakh for winning the Orange Cap this year.

The journey to name Orange Cap has not been easy for KL Rahul. Shikhar Dhawan, the star batsman of Delhi Capitals, gave a tough challenge to Rahul in the Orange Cap race. Shikhar Dhawan managed to score 618 runs in 17 matches with the help of two centuries and four half-centuries.

This season did not start well for David Warner. But Warner showed amazing form in the do or die matches for Sunrisers Hyderabad. David Warner scored more than 500 runs for the sixth consecutive season. This year Warner managed to score 548 runs in 16 matches.

Rabada bowled brilliantly in the 13th season of the Delhi Capitals, leading the Delhi team to the final. Rabada managed to take 30 wickets in 17 matches and the purple cap adorned him. Rabada also received a prize money of Rs 10 lakh for winning the Purple Cap.

Jaspreet Bumrah continued his amazing performance even in the 13th season. Jasprit Bumrah managed to take 27 wickets in 15 matches at an average of just 14.96.