IPL 2020: Sunrisers Hyderabad team defeated Mumbai Indians by 10 wickets and made it to the playoffs. With this victory, Warner's team has managed to get entry in a very special club. 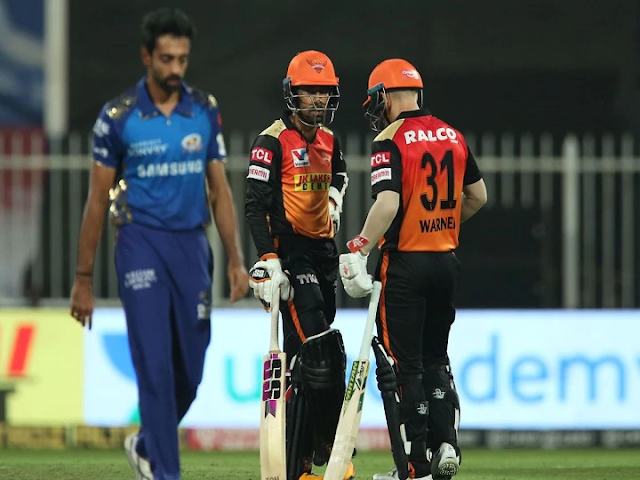 Apart from Hyderabad, Chennai Super Kings and Mumbai Indians are the only teams that have made it to the knockout stage or playoffs more than five times in a row. Chennai Super Kings, one of the most successful teams in the history of IPL, has managed to knockout or play the playoffs for 8 consecutive times from the start of the first season of IPL in 2008 to 2015. However, for the first time this year, CSK's team could not make it to the IPL playoffs.

Mumbai Indians has a great record

The record of Mumbai Indians, who won the IPL title at most four times, has also been excellent in terms of playoff and knockout stage. The Mumbai Indians team has made it to the knockout stage and playoffs for 6 consecutive times from 2010 to 2015.

Let us know that this year Sunrisers Hyderabad will clash with Royal Challengers Bangalore on November 6 in the playoffs. The winning team of this match will have to play the match on November 8 with the team who lost the first match.