Kolkata Knight Riders defeated Rajasthan Royals by 60 runs thanks to the excellent bowling of Pat Cummins after the brilliant innings of captain Eoin Morgan. 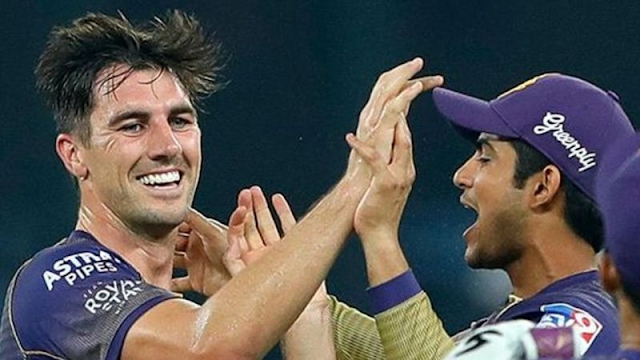 In response to the challenge of 192 runs won by Kolkata, Rajasthan's team could only manage 131 runs for nine wickets in 20 overs. Pat Cummins took four wickets for Kolkata. Shivam Mavi and Varun Chakraborty took two wickets each.

Kolkata have kept their hopes of reaching the playoffs on the basis of victory in the 54th match of IPL-13. After this victory, Kolkata's team has jumped from eighth position to number four. At the same time, the journey to Rajasthan is over.

Kolkata did not have a good start. Pat Cummins dismissed Robin Uthappa in the first over. Uthappa scored six runs. Cummins sent Ben Stokes to the pavilion in his second over. Dinesh Karthik decided to bid him farewell by taking a tremendous catch.

Stokes scored 18 runs. In the same over, Cummins bowled Rajasthan captain Steve Smith. He was able to score only four runs. Sanju Samson also returned to the pavilion in the fourth over. His wicket got to Shivam Mavi. Cummins gave Rajasthan a fifth blow by dismissing Ryan Parag in the fifth over. When the fifth wicket fell, Rajasthan Royals had only 37 runs in their account.

After this Jose Butler and Rahul Teotia added 43 runs for the sixth wicket. Varun Chakraborty broke this partnership by dismissing Butler in the 11th over. Butler scored 35 runs off 22 balls. Rahul Tewatiya was also dismissed by Chakraborty.

Teotia scored 31 runs. Kamlesh Nagerkoti dismissed Jofra Archer in the 18th over and gave Rajasthan the eighth blow. Shivam Mavi bowled out Karthik Tyagi in the 19th over to bowl Rajasthan's ninth wicket. Rajasthan's team could only manage 131 runs for nine wickets.

For Kolkata, Rahul Tripathi scored 39, Shubman Gill scored 36 and Andre Russell scored 25 runs. The rest of the batsmen could not do anything special. Nitish Rana, Dinesh Karthik and Sunil Naren could not even open an account.

Kolkata had lost five wickets for 99 runs. After this, Captain Morgan formed an important partnership with Andre Russell and Pat Cummins and led the team to a big score. For Rajasthan, Rahul Tewatia took three wickets for 25 runs.