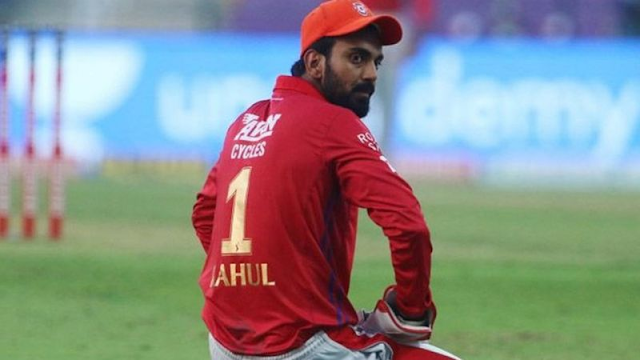 Chennai achieved the target of 154 runs for Punjab in the 19th over. Rituraj Gaikwad, who scored a third consecutive half-century for Chennai, scored an unbeaten 62 runs. He was also elected man of the match.

Punjab needed to win over Chennai in their last league match to make it to the play-offs. The Chennai team was already eliminated from the play-off race. However, Chennai won their farewell by winning the last three matches.

Chennai got off to a good start with the opening pair of Faf du Plessy and Rituraj Gaikwad. Both of them added 82 runs in 9.5 overs for the first wicket. None of the Punjab bowlers could bother the Chennai openers. In the sixth over itself, the pair took Chennai beyond 50 runs.

In the eighth over, Ravi Bishnoi's ball, Mandeep Singh appealed for a catch against Gaikwad. But the third umpire called him not out. At that time Gakwad was on 20 runs.

Punjab got the first success by Chris Jordan in the tenth over. He got Du Plessy caught by KL Rahul. Du Plessi scored 48 runs in 34 balls with the help of four fours and two sixes. After 10 overs, Chennai had scored 84 runs for one wicket. Chennai had to score 70 runs in the last ten overs to win.

Even after Duplesey's departure, Gaikwad's bat continued to speak. Gaikwad completed the half century in the 16th over with a four off Ravi Bishnoi. This is his third consecutive half-century in IPL-13. He shared an unbeaten 72-run partnership with Ambati Rayudu for the second wicket and gave Chennai a nine-wicket win.