The leaders at the G20 summit said in the manifesto, the Kovid-19 pandemic and its unprecedented impact in terms of impact on people's lives, livelihoods and economies have given such a shock that fragility in preparedness and action has come out. 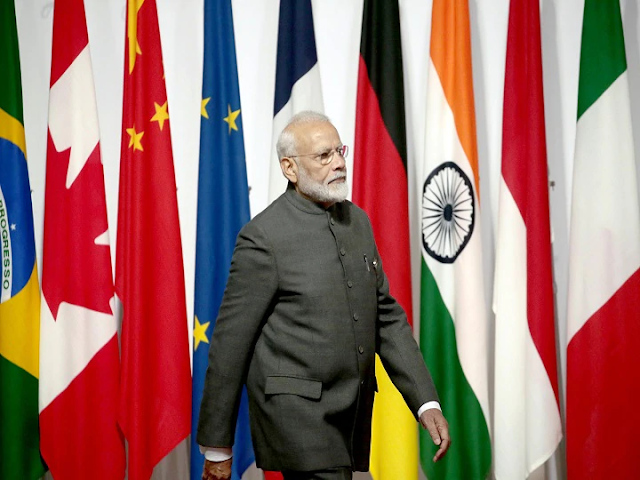 The final manifesto was released after a two-day conference of leaders of the G20 member countries. The conference was also attended by Prime Minister Narendra Modi, US President Donald Trump and Chinese President Xi Jinping. The leaders also announced that India will host the group's conference in 2023. It was decided to host India first in 2022. Last year, the G20 manifesto in Osaka announced the event in India in 2022.

The leaders' manifesto at the G20 conference was released at the conclusion of the conference of heads of state or heads of heads of the world's top-20 economies. Leaders here have said that the global economy has been severely affected by the pandemic in 2020, while global economic activity has increased partially and that "our economies have slowly reopened and the positive effects of our important policy initiatives have fructified." Are engaged. "

What did the leaders say in the manifesto

The leaders said in the manifesto, "We reiterate our strong commitment to deal with all sources, techniques and means of these threats. We also reiterate our commitment to strengthen the FATF's global network of regional units, including their expertise in cross-assessment Support and call for the full, effective and speedy implementation of FATF's global standards. "

The G20 leaders also said that the Kovid-19 epidemic and its unprecedented impact in terms of impact on people's lives, livelihoods and economies has given such a shock that there has been a fragility in preparedness and action.

After deliberating on a number of issues related to the pandemic over the last two days, he said, "We are committed to supporting all developing and underdeveloped countries as they face the health, economic and social impacts of covid-19 simultaneously." Is kept."