Former Assam Chief Minister and senior Congress leader Tarun Gogoi passed away. Gogoi, 84, who was the three-time Chief Minister of Assam, was admitted to GMCH on November 2. 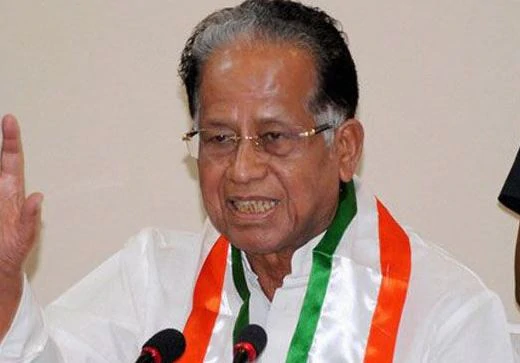 Former Assam Chief Minister and senior Congress leader Tarun Gogoi died in Guwahati on Monday. He breathed his last at Gauhati Medical College (GMCH) at 5.34 pm. Gogoi, 84, who was the three-time Chief Minister of Assam, was admitted to GMCH on 2 November.

He was put on ventilator on Saturday after his health deteriorated on Saturday. Gogoi was found infected with the corona virus on 25 August and was admitted to GMCH the next day. After this he was discharged from the hospital on 25 October. There is a wave of mourning in the political world on the death of Tarun Gogoi

On the death of Tarun Gogoi, Prime Minister Narendra Modi has expressed solace to his family and supporters.

"Mr. Tarun Gogoi was a popular leader and a senior administrator who had many years of political experience in Assam and the Center. My consolation is with his family and supporters in this hour of grief. Om Shanti." "

Rahul Gandhi tweeted the death of Tarun Gogoi and said - Tarun Gogoi was a true Congress leader. He devoted his whole life in bringing all the people and communities of Assam together. For me, he was a great leader and a wise teacher. I love and respect them. I will miss them My love and sympathy are with Gaurav and his family. The tweet came a few hours after a tweet by the Chief Minister of Assam, Sarbananda Sonowal, that he was going back to Dibrugarh to see the senior Congress leader. Chief Minister Sarbananda Sonowal had tweeted, "I have canceled all my programs due to the deteriorating health of former CM respected Tarun Gogoi da and going back to Guwahati from Dibrugarh to be with his family. He is always a father to me. Are equal. ''

Chief Minister Sarbananda Sonowal said that he has directed the Health Department to provide all possible treatment to the former Chief Minister. He said, 'I pray to God for his speedy recovery.