Delhi has given a cheap and easy solution to Parali, now no government has any excuse - Arvind Kejriwal 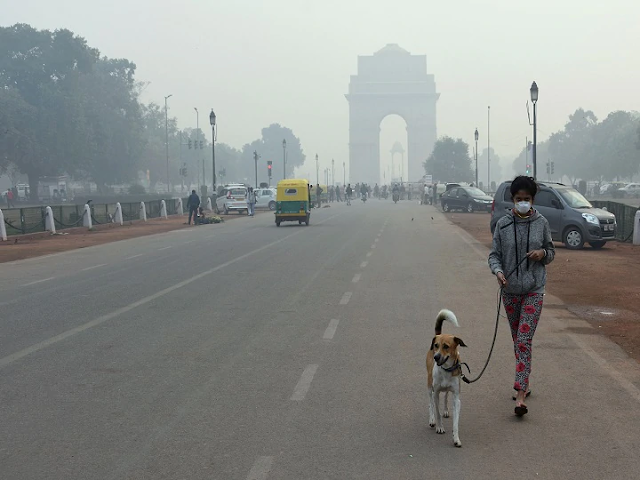 After 15 days of spraying, by the time the team of ABP News reached the field with Pusa's team, 90% stubble was melted. Now, after more than 20 days have passed, Parali appeared completely alley. Those who were sprayed in the farmer's field are also very satisfied with the results.

Farmer Sumit and his father say that the straw has melted faster than traditional methods and has also become composted in the soil. There will be a saving of about Rs 2,000 per acre in the expenses incurred in running the rotavator. That is, if we talk about his 3-acre field, then about 6,000 rupees will be saved. Apart from this, the cost of urea will also be saved. Sowing work will begin in the field in the next week.

Much stubble is being burnt in Punjab - Arvind Kejriwal

On the use of bio decomposer technique in Delhi, Delhi Chief Minister Arvind Kejriwal said, "Smoke arises every year due to burning of straw. There is still smoke in the sky. From media reports and satellite pictures it seems that In the surrounding states, especially in Punjab, much stubble is being burnt. On one hand the farmer himself is unhappy. How much pollution does he and the whole village have to bear.

The governments of the surrounding states did nothing for them. The farmer was forced to burn his stubble and all that smoke spreads in North India. The Delhi government, along with the Pusa Institute, has taken an important step this time, bio decomposer chemical was sprayed inside all the farms of Delhi. Sprayed on the 13th and when we are standing here today, the whole straw has melted. The sapling has been converted and now its sowing can begin. "

Arvind Kejriwal said that for the first time the people of Delhi, together with the Pusa Institute, have given a solution to the stubble. The Chief Minister said, "This technology is such a cheap and such a good solution for Parali that Parali is now turning into fertilizer, then I hope that this will be the last year we are tolerating this pollution. Now any government has There is no excuse to tease your farmers.

The farmers have become unhappy, they do not want to burn the straw, I have talked to many farmers in Punjab and Haryana, they do not want to burn the straw. Now we have found a solution, we will also tell the Supreme Court that this solution is very effective. The farmer is also very satisfied and the scientists of Pusa Institute are also very satisfied with the results. Now the solution exists and it is the responsibility of the governments. No one can pretend that we do not have a solution. In Delhi, all the spraying was done in just 20 lakh rupees, which is nothing. "

On giving the suggestion of use of this technology to other states, the Chief Minister said, "I tried to meet the Union Environment Minister several times this time too. When we started spraying in Delhi, 15 days before that, the Union Environment Minister had to Wrote the letter. Asked for an appointment with him, he must have been busy. He did not give an appointment. I spoke to him on the phone and told him that we are trying in Delhi.

This time I can understand that it is quite late, but let's try as much as we can to stop burning the straw. He said that you should try your experiment and see if you will succeed next time. I hope that the central government and the new commission created by it will interfere and the Supreme Court will also support it. "

Every year, due to the smoke generated by burning stubble, there is an increase in pollution in Delhi NCR. There is also tension among the state governments regarding this. In such a situation, an effective option is available to get rid of stubble with this technique developed by Pusa Research Institute.