DC vs RCB: Delhi Capitals defeated Royal Challengers Bangalore by six wickets in the IPL-13 match played at Sheikh Zayed Stadium on Monday. With this, both teams have qualified for the playoffs. Delhi will be in the playoffs by finishing second. 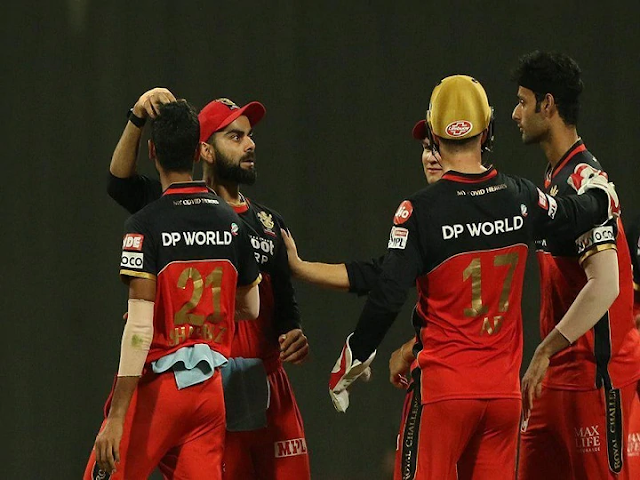 IPL 2020 DC vs RCB: Ajinkya Rahane and Shikhar Dhawan's half-century, after the sharp bowling of Enrique Nortje and Kagiso Rabada, broke the order of four consecutive defeats by defeating Royal Challengers Bangalore by six wickets in the Delhi Capitals Indian Premier League here on Monday. But he managed to make a place in the play-off.

With this win, the Delhi team had 16 points in 14 matches and decided to stay in second place. Despite four consecutive defeats, Bangalore's team reached the play-off with 14 points, stopping Delhi from winning for 17.3 overs. The team beat the Kolkata Knight Riders on the basis of net run rate. The Knight Riders also have 14 points. The fourth team to make a place in the play-off will be decided from the last league match between Sunrisers Hyderabad and Mumbai Indians tomorrow. If the Hyderabad team wins, then they will make it to the play-offs, while the Knight Riders will play knockout on their defeat.

In addition to the half-century of Bangalore opener Devdutt Paddikal (50), Bangalore team could score 152 runs for seven wickets despite excellent innings of AB de Villiers (35) and captain Virat Kohli (29), in response to which Delhi Capitals scored Rahane (60) and Thanks to the 88-run second-wicket partnership between Dhawan (54), they scored 154 runs for four wickets in 19 overs.

For Delhi, Nortje took three for 33 while Rabada took two wickets for 30 runs. Ravichandran Ashwin bowled economically and took one wicket for 18 runs. Chasing down the target, the Delhi team lost the wicket of Prithvi Shaw (09) in the second over, which was bowled by Mohammad Siraj. Opener Dhawan looked in great rhythm. After hitting three fours on Chris Maurice, he also hit Siraj.

Rahane also welcomed Washington Sundar with fours and then hit two fours over Isuru Udana, which made the team score 53 for one in the power play. Dhawan and Rahane also did not let the run pace slow down in the middle overs and in 10 overs, the team's score reached 81 runs for one wicket.

Dhawan completed a half-century in 37 balls with fours on Udana. Rahane, meanwhile, hit a four over Udana and a six over Shahbaz Ahmed (2 for 26). Shahbaz, however, caught Dhawan in the hands of Sundar at short fine leg. He hit six fours while facing 41 balls.

Rahane completed a half-century off 37 balls with one run off Shahbaz. Delhi needed 32 runs to win in the last five overs. Shahbaz then sent Delhi captain Shreyas Iyer (07) to the pavilion while Sundar ended Rahane's innings. Rahane faced five fours and a six while facing 45 balls.

Delhi needed 15 runs to win in the last two overs. Marcus Stoinis (10 not out) hit a six over Siraj while Rishabh Pant (eight not out) led the team to victory with fours.