Bollywood: Earning money in front of artists, making it difficult to drive home

If you are watching a reality show on your TV and that show is causing thunderous applause or laughter sounds, then do not think that everything has happened as before. 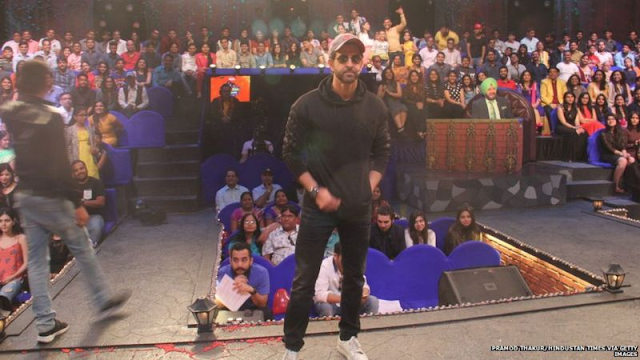 These sounds of applause and laughter have been put in the background. Just like in IPL matches, you hear the noise of the audience.

There has been a stir in Bollywood, which has been lost between the fight with Corona, but even now the situation has not become completely like it was before the arrival of Corona. The shooting of the film, TV serials, ad films, web series and reality shows has started, but the poor and junior artists, who are associated with this industry and earn a living, are still worried.

Talking about the TV reality program, it has participants, judges, guests are artists, hosts, all technicians are also there, but junior artists are sitting in place of audience.

In Kapil Sharma's show, there are cutouts behind Archana Puran Singh instead of Junior Artist, who are filling the audience shortage. The result is that despite the commencement of shooting, it is still difficult for the junior artist to drive home.

In all these shows, 50 to 200 junior artists were seen as an audience, but the reason for fear of Corona is not happening now.

Trouble even after starting work

But on the one hand junior artist's troubles are not reducing, on the other hand manufacturers are benefiting, because their money spent on junior artist is being saved.

Pankaj Bagrecha told that "A junior artist sitting in the crowd costs 700 to 800 rupees a day."

Junior artists who appear as a crowd in films and serials earn up to Rs 1300 a day.

Committee of Women Artists Association member Laxmi Goswami said that "the problem still persists. Only 20 to 25 junior artists are needed for shooting instead of 100".

Junior Artist Nita D Patel said that "Some supplier work has started and some has not happened. Earlier, 20 to 25 days work was available, now even that much work is not getting".

BN Tiwari, president of the Federation of Western India Cine Employees, an organization comprising 32 associations in Bollywood, said that he is constantly trying to get the junior artist shooting and is meeting the producers for this.

BN Tiwari said, "We are trying to get junior artists to work as well because these are people who work on daily basis. Corona has also broken their back. We are meeting the producers, talking to them. Right now Permission has been given to send Junior Artist in Kaun Banega Crorepati. "

'Lockdown removed but not working'

Nita D, who works as a junior artist, says, "We went to my brother's son's wedding. The little that we save was spent in the wedding. In such a situation, we got in trouble because of the shutdown. Our It became difficult to drive home. "

Says Lakshmi Goswami, "We got upset due to the sudden lockdown. We are everyday people. In such a situation, when our work stopped, earning also stopped. We took a lot of problems during this time."

Junior artist Ranjit Saini said, "We had to buy some goods on EMI due to which it had to be very insulting. The bank was very upset by calling. The money was troubled by the closure of the bank. The banks were troubled from above. Those times were a bad one. Like a dream. "

According to Benedicta D'Souza, "Our situation would be like dying of hunger. My husband works in a company where half of the salary used to come. Like we have spent those days for the same amount of money."

The situation is also bad for many Artist Coordinators who supply artists in this darkness in Bollywood. According to Artist Coordinator Mansoor Hussain, "When we send these artists to work, then we get money. In such a situation, when the work was stopped, our earnings were also stopped. We had a very bad time. We had absolutely no money. We Tried to contact many stars so that we could get help but no help. It has been a bad time with many difficulties and borrowing loan from some of my friends. "

Along with their stars, film stars and producers extended their support to the junior artists who made colorful curtains beautiful. Many banners such as Salman Khan, Yash Raj Films and Netflix also appeared for help.

Ranjit Saini said that "Salman Khan transferred Rs 3,000 to my account. Apart from him, some other producers also helped". Lakshmi Goswami said that "along with the stars and the makers, some suppliers also helped the junior artist according to his status."

It was not easy to provide help to the needy in such a big industry. Federation of Western India Cine Employees worked hard for this.

Because it was not easy to collect data and access to help in lockdown. At that time all the offices of all the institutions were also closed.

According to BN Tiwari, president of the Federation of Western India Cine Employees, "It was difficult to extract data due to the closure of offices. Yet we sent details of 23,000 people to stars and producers to help them."

"Amitabh Bachchan, Sony TV and Kalyan Jewelers together have given 1 lakh coupons worth Rs 1,500 for people to buy rations. 35,000 coupons were for the Hindi film industry and the rest for regional film workers."

Had to knock the court door

When the country government started unlocking in a phased manner, the film industry also started opening up. Shooting started but the aged people were not allowed to work.

BN Tiwari told that "Crowd's work is less now. We are making efforts and meeting with the channel as well as the producers so that they can start getting work. Along with the work, we are also getting funding. Trying to make up for some of their losses. "

The junior artiste also hopes that the sufferings will be reduced gradually and the beauty will return to their homes again.