Biden, who will be America's 46th President, said in the first address - I will be the President who will not break the country.

Joe Biden addressed the nation as President elected in Wilmington, Delaware. During this time, Kamla Harris, who was elected Vice-President, was also on stage. 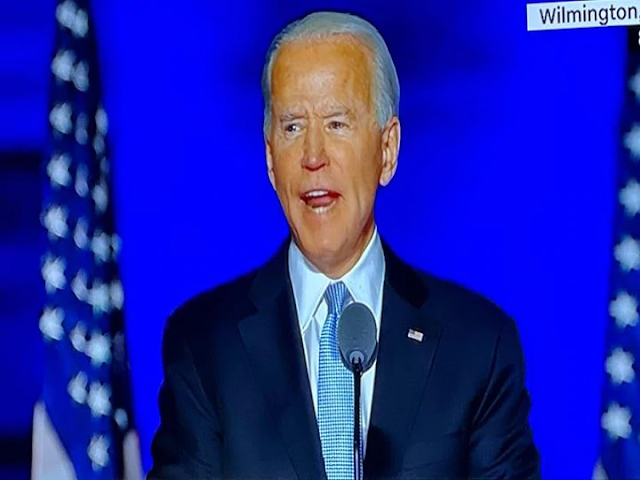 In the US presidential election, Democratic Party leader Joe Biden defeated US President Donald Trump in a tough fight on Saturday. Addressing people in his home state of Wilmington, Delaware, Biden described his victory as historic. He said that over 7.4 crore Americans voted for me. He said that as president he does not look at the Blue or Red State but only the United States of America.

Kamla Harris of Indian origin, who was elected the first woman Vice President of American history, said that the American voters have protected the integrity of democracy, new days have started in America. Thank you for what the people of America have expressed confidence in us. You have chosen hope, unity, courtesy, science and truth. We have the power to create a better future. Biden and Harris will take oath of office on 20 January next year.

Will be president of all americans

Earlier on Saturday, after the victory, Biden tweeted, "America, you chose me to lead our great country, I feel honored. The work ahead is difficult but I promise you, I will be the President of all Americans - whether you have given me your vote or not. I will maintain the confidence you have expressed in me. "

He said, "A large number of American people voted, facing many obstacles. This has proved once again that democracy resides in the heart of America. Biden said, "With the end of the campaign, it is time to leave behind anger and harsh rhetoric and come together as a nation." It is time to unite America.