614 crore gift to Kashi, PM Modi said - Varanasi is constantly being made grand 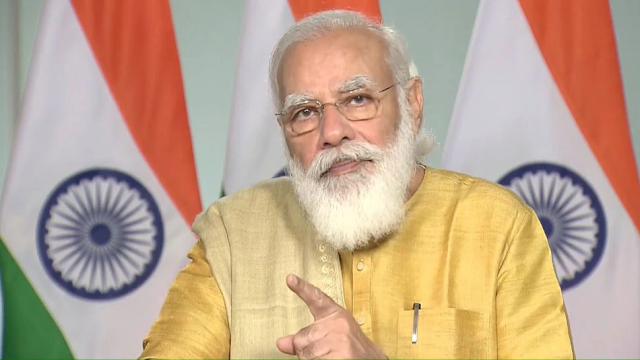 Prior to Diwali, Prime Minister Narendra Modi (Narendra Modi) handed over 30 development schemes to his constituency Varanasi. In his address through video conferencing, PM Modi said that Varanasi is moving fast on the path of development. Kashi is never stopped by Mahadev's blessings. Mother keeps moving forward like Ganga. Kashi continued to advance even during the difficult times of Corona.

PM Modi said, 'The vitality with which Benaras fought against Corona, which has shown social solidarity in this difficult time. He is very appreciative. Even today, with the launch of 16 schemes worth about Rs 220 crore, work has started on 14 schemes of around Rs 400 crore. The people of Banaras are getting the benefit of the decisions taken by the government for the development work being done in Benaras. Baba Vishwanath's blessing is behind all this happening.

In his address, the Prime Minister said, 'This effort regarding mother Ganga, this commitment is also the resolve of Kashi, and the path of new possibilities for Kashi. Gradually the picture of the ghats here is changing. Along with the cleanliness and beautification of the Ganga Ghats, Sarnath is also getting a new look. In this development plan of the city and countryside of Banaras, along with tourism, there should also be culture and roads, electricity, water. It is always the effort that the wheel of development moves forward according to the feelings of every person of Kashi.

He said, 'Today, under the Ganga Action Plan project, the work of sewage treatment plant in Kashi has been completed. Along with this, the foundation stone of the diversion line has also been laid to prevent excess sewage from the Sahi drain into the Ganges. The light and sound program launched today will increase Sarnath's grandeur. A major problem of Kashi has been the hanging of electric wires. Today a large area of ​​Kashi is also being freed from the net of electric wires.

People of Purvanchal do not have to travel to Delhi-Mumbai

PM Modi said, 'Now the people of Purvanchal do not have to make rounds of Delhi-Mumbai for small needs. For the farmers of Banaras and Purvanchal, many facilities ranging from storage to transport have been prepared here. In the last six years, unprecedented work has also been done on health infrastructure in Benares. Today not only UP but Kashi is also becoming a hub of health facilities for the entire Purvanchal.

Furthering his address, PM Modi said, 'Farmers are benefiting a lot from such facilities as the Center of International Rice Institute, Milk Processing Plant, construction of Perishable Cargo Center. It is also a matter of pride for us that for the first time this year, fruits, vegetables and paddy from Varanasi have been exported to foreign countries.