15 pacts between India and Italy, action plan made to take the relationship forward

Prime Minister Narendra Modi and his Italian counterpart Guisepp Conte discussed the broad issues related to bilateral relations with increasing economic participation between India and Italy. During this time, both sides agreed to further strengthen the defense partnership including the field of co-development and cogeneration of military equipment. 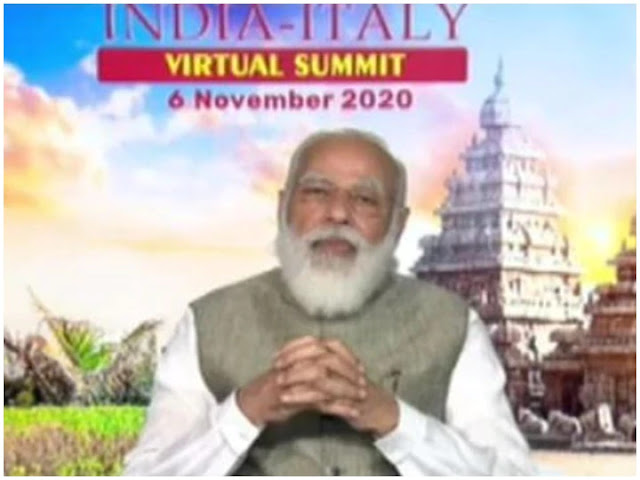 Prime Minister Narendra Modi and his Italian counterpart Guisepp Conte on Friday discussed broad issues related to bilateral relations, along with increasing economic participation between the two countries. There were also 15 agreements between India and Italy and an ambitious action plan was further finalized to take the relationship forward.

During the detailed discussion, the two sides agreed to further strengthen the defense partnership, including the field of co-development and cogeneration of military equipment. A joint statement after the summit stated that the two Prime Ministers condemned all forms of terrorism and pledged to increase cooperation in combating against it at the bilateral level and multilateral fora.

The two leaders also discussed ways to deal with the adverse effects of the corona virus epidemic. Modi said at the Digital Summit with the Italian leader that it is clear that the Kovid-19 epidemic will be a historical event of history just like World War II.

He said, "We all have to adapt ourselves to this new world." He said that there is a need to be prepared for the challenges and opportunities arising from the epidemic.

Discussion on many agreements

Prime Minister Modi tweeted, "Today, thanks to Prime Minister Guisep Conte for meaningful dialogue during the summit in a digital way. We reviewed all aspects of the growing cooperation between India and Italy. I share your goals to take our participation in the post-Kovid world to new heights. "

The signing of the agreement will increase cooperation in diverse fields such as energy, business, film production, shipbuilding and science and technology. Some agreements were signed between the commercial establishments of the two countries. Joint Secretary in the Ministry of External Affairs, Sandeep Chakraborty, told reporters that the talks between the two Prime Ministers were held in a "very cordial atmosphere" and economic participation was particularly discussed in the talks.

Italy, a major country for India in Europe, is India's fifth largest trading partner in the European Union and both sides are eager to expand economic engagement in many areas. In the year 2019, bilateral trade was 9.52 billion euros. On whether the Sino-India border dispute was also discussed, he said, "Bilateral relations with regional and multilateral issues were discussed."