Yogi's mission is strength, only paper or even seen on the ground

Remember the year 2017, Yogi Adityanath became the Chief Minister of Uttar Pradesh. After coming to power, he had said that his government is committed to the safety, empowerment and welfare of women and under this, he also made several announcements. 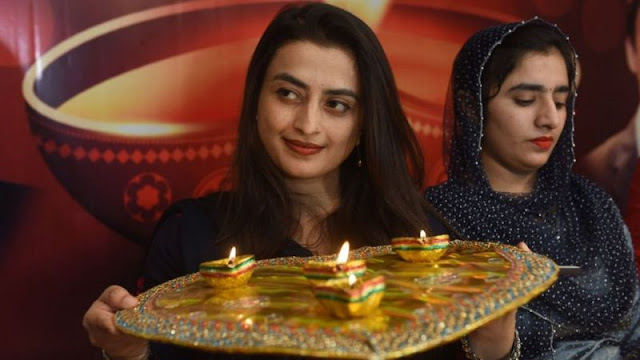 These included expanding the scope of the 181 helpline from 11 districts to 75 districts for women, improving the sex ratio, reducing discrimination at home, launching a 'police information program' as well as the formation of anti-Romeo squads.

These steps taken for the empowerment and protection of women were also greatly appreciated. But his anti-Romeo squad program got into controversies and where it disappeared, it was not known.

Now after the recent incidents of alleged rape in Hathras, Balrampur and other areas, Yogi Adityanath has announced a 'Mission-Shakti' campaign.

Under this campaign, a separate room has been made available in 1535 police stations in which the victim can lodge a complaint with the woman policeman, so that immediate action can be taken and the culprit can be punished. He also announced the recruitment of 20 percent women in police recruitment.

Mission-Shakti campaign has been started in the Navratras on behalf of the UP government, which will continue for six months. And in this campaign too, many more announcements were made for women empowerment and security, which was started by Governor Anandiben Patel from Lucknow and Chief Minister Yogi Adityanath from Balrampur.

But are all these plans brought in only when big events happen?

The Yogi government was severely criticized after the alleged rape incidents from Hathras and other areas. Opposition is also trying to surround the state government on these incidents.

However, experts believe that no matter what government has come in UP, cases of rape or crime against women have been coming up and it has been seen that whenever an incident happens, governments become active.

Senior journalist Sunita Aron says that Mission-Shakti is a good campaign, but the number of women policemen who are being talked about in the police stations is so much?

According to him, "First we have to see whether such a number of women police personnel are in the police stations of the state. Are they trained for this job, are they sensitive? The most important is to sensitize the force. And it will also have to be seen whether the woman is ready to go to a police station, even if the woman is sitting to listen to him. To curb crime, the government will have to bring continuity in working style through campaigns. Because it is seen that there is a reaction to action and then things are lost.

Social activist Nutan Thakur says that we have seen big advertisements of mission power which is a matter of awareness. "It is good to hear claims that things are being done for the safety and empowerment of women, but where is the anti-Romeo squad brought to protect women?"

According to him, "We also saw big advertisements of anti-Romeo squads. It was presented as a big achievement that the government is doing so many big things to protect girls, women from manipulation, manipulation, protection of them. And after almost two months, he disappeared. Then came the case of Kuldeep Sengar, then all kinds of announcements were made. After this, when cases like Hathras came up, then they brought mission-power but also for six months. So what will happen to the safety of the woman after that? Also, it should be seen how successful the previous plans and campaigns were and what should be done next. And what happened with the anti-Romeo squad will not happen with it. ''

According to the data of National Crime Bureau Record (2019), Rajasthan (5997) is first and UP (3065) second in cases of rape against women and girls.

Vimala Batham, chairperson of the UP State Commission for Women, expresses concern over crimes against women, but emphasizes that this campaign of the Yogi government will help the women living in the village countryside.

She says, "Under this campaign, the van will go to the village and remote areas and will tell what women should do, help empower them and make them aware and there will be a woman police officer in it." Also, through video conferencing, women will also be able to talk directly to the officer. Also, the help desk will also help in solving the crimes against women soon.

Nutan Thakur explains that even though Mayawati, Mulayam Singh and Akhilesh Yadav have been in government, crimes against women have been in every power and it has been seen that the authorities do not register such cases also because if the figure increases then their There is a fear of action against itself.

At the same time, Operation Majnu was also started and if a boy was found to be molesting, women policemen posted in ordinary clothes would beat him. And it became quite viral too but then Moral policing started in it.

At the same time, senior journalist Sharat Pradhan describes such campaigns as steps taken for publicity and says that their purpose is not solved by the problem. They say that first it should be seen whether the woman would like to go to the police station against the crime being committed against her, will she find such an environment there. In the Ballia case, BJP leaders were openly taking the side of the accused.

They say that when Yogi Adityanath came to power, he had heard that he was an honest man, hardworking and hoped that a man sitting on the chair of UP, who has no interest in making money, is young and committed. But now where people say that corruption has reduced but the rapes are increasing.