Why is Pakistan government printing so many notes?

According to those tracking the economic pace of Pakistan, this growth is unusual and also has a negative impact on the economy.

He says that if the number of notes has increased, it means that the government has replaced the old notes with new ones. Apart from this, a large number of new notes have also been printed.

According to him, to balance the supply and demand of the notes in the market, new notes are printed in general, which leads to some growth. But the extraordinary growth means that a lot of notes have been printed. 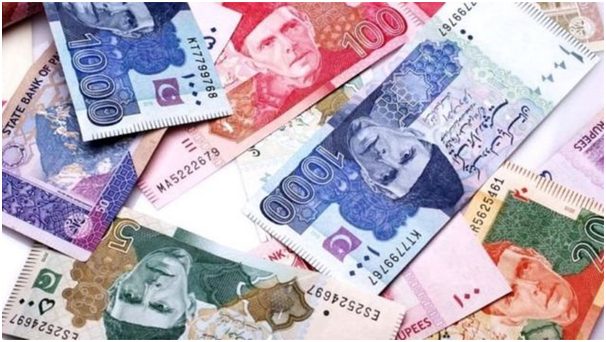 Currency increase in circulation on an annual basis

The information of currency in circulation in the last eight financial years is available on the website of the Central Bank in Pakistan. According to him, the number of currencies in circulation at the end of FY 2012 was 1.73 trillion which increased to 1.93 trillion the following year.

In FY16, the number of currencies in circulation increased even more and closed at 3.33 trillion.

It saw an unusual increase in its numbers in the last financial year 2020 when it closed at the level of 6.14.

According to Fareed Alam, Head of Research, AKD Securities, the growth in the last financial year was the highest.

Increase in currency in circulation

In Pakistan, the increase in new notes against old notes is seen at a time when the government is not borrowing from the State Bank of Pakistan (central bank) under an agreement with the IMF. And it will collect money from commercial banks through open market operations to meet the budget deficit.

In this regard, famous economist Dr. Qaiser Bengali said that the huge increase in currency in circulation is a sign that a large number of new currency has been printed. According to him, money is not being taken from the State Bank, but not everything is transparent in Pakistan.

He told that, "On the occasion of the budget, we had raised the question why the number of new notes increased when the loan from the State Bank has stopped."

He said that the government also settled the matter by giving a vague answer. According to Qaisar Bengali, the huge increase in the currency in circulation is evidence that currency notes are being printed very fast.

Sana Taufiq, an economics analyst at Arif Habib Securities, said in this regard that currency growth has been going on for the last five or six years.

He said that this unusual trend of growth occurred at a time when the government had increased the tax on transactions through banks five years ago. And people started keeping cash instead of depositing money in banks.

According to Sana, in the agreement with the IMF during the current government's reign, the emphasis has been on increasing taxes and revenue. And the government has also taken many steps in this regard.

However, for this reason people have resorted to cash hoarding instead of transactions through banks. This also increased the demand for notes. Due to which the printing of notes also increased.

Farid Alam said that borrowing money from commercial banks is also causing printing of currency to some extent.

According to experts, the IMF has banned the government from taking loans from the State Bank to cover the budget deficit. But other expenses, such as the possibility of printing new notes in relation to the relief package announced by the government during the corona virus epidemic, cannot be ruled out.

How does printing of notes increase inflation?

Analyst Sana Taufiq says that printing more notes means more money is coming to people. This is increasing their purchasing power and if they spend more money, then along with the prices of things, inflation It also increases the rate.

She says that interest rates are raised to control such inflation.

Dr. Qaisar Bengali said that inflation has increased due to supply problems in the first two years of the present government. However, with the huge increase in the prevailing currency, there is a danger of an increase in inflation in terms of demand as well.

What are the negative effects of increasing the number of notes?

Talking about the negative effects of increase in the number of currency notes, analyst Sana Taufiq said that this increase increases black marketing.

He said, "If a large number of notes are being printed, it means that people are saving their money in the form of cash instead of depositing it in the bank. It is called non-official or black economy."

He said that smuggling and money laundering also increase due to printing of currency notes in large numbers.

She says, "It means that people are keeping money with them instead of banks and it is the same money that is transferred illegally."

He said that a high currency note becomes a means of cash hoarding and limits the money to a few hands.