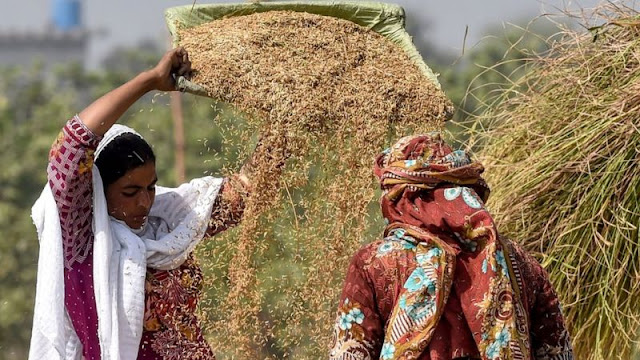 With this, the Legislative Assembly has rejected the central government's agricultural law. However, to make it a law, they will have to take the consent of the President of the country besides the Governor of the state.

Protests of farmers have been going on in these states like Punjab and Haryana for about a month.

The protesting farmers and their organizations say that under the new law, the agricultural sector will also go into the hands of the capitalists or corporate houses and the farmers will be damaged.

Earlier, Congress President Sonia Gandhi had asked the state governments ruled by her party to consider the possibility of bringing the Central Government's agricultural law which nullifies the law.

He had said to use Article 254 (2) for this. This article is related to the topics included in the concurrent list.

It has been made clear in the Indian Constitution that the Union and the states have the right to make laws on which subjects.

Article 254 (2) of the Constitution clearly states

• On behalf of the State Legislative Assembly, a law is made in relation to the subjects included in the Concurrent List, which are against the provisions of the earlier law made by Parliament, or the existing law in relation to that subject.

• The law made in the State Legislative Assembly has been reserved for the consideration of the President and the President gives his assent to it, in which case the central law will be ineffective and the state law will be effective.

Punjab Chief Minister Captain Amarinder Singh also mentioned in the assembly that agriculture is a state subject but the central government has ignored it.

It has also been mentioned in the Bills passed by the Punjab Government in the Legislative Assembly that agriculture, agricultural markets and land are primarily subjects of the state.

In the three Bills, the Punjab Government has claimed that the provisions in the Central Government Act have been changed "to protect the interest and livelihood of farmers and agricultural laborers under the Punjab Agricultural Produce Market Act, 1961".

What is stated in these three amended Bills?

The Agricultural Produce, Trade and Commerce (Promotion and Facilitation) Special Provisions and the Punjab Amendment Bill 2020 - This bill states that the Central Government makes the minimum support price system completely ineffective in its law, which is why the purchase of wheat or paddy minimum Will not buy support price will be punished

This bill talks about restoring the status quo with regard to APMC Act 2016 in the state.

The bill also states that there will be no punitive action against those who violate the law of the central government in this case.

Essential Commodities (Special Provisions and Punjab Amendment) Bill 2020 - This bill has a provision to protect the consumers from hoarding and black marketing. This bill gives the Punjab government the exclusive right to the production, distribution, supply and storage of agricultural produce under special circumstances so that the livelihood of farmers and farm-laborers can be protected.

It has been mentioned in the Bill that production, supply and distribution are also the subjects of the state, but in the law made by the Central Government, the traders have been given unlimited power of hoarding of essential things.

The Farmers (Empowerment and Protection) Agreement Price Assurance and Agricultural Services (Special Provisions and Punjab Amendment) Bill 2020 - This bill protects the farmers of the state from being forced to sell their produce below the minimum support price.

It said that the sale of wheat and paddy would be considered valid only if it is being sold at or equal to the minimum support price fixed by the central government.

If a company, individual and corporate house is found to force a farmer to sell a crop below the minimum support price, he will not be punished for less than three years.