US Presidential Debate: Speaking on climate change, criticized India sitting on the trump, said - 'how dirty the air is there'

US Presidential Debate: Trump said, look at how much pollution China has. Look at Russia, look at India, how bad weather is here. 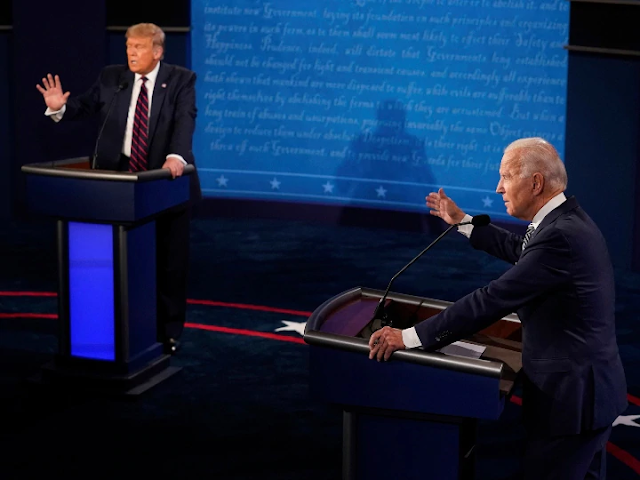 In his last presidential debate with Democratic Party candidate Joe Biden, US President Trump also mentioned India along with China and Russia. Trump has said that the climate of India, Russia and China is bad.

During the debate on climate change, Trump said, "Look at how much pollution China has. Look at Russia, look at India, how bad the climate is here. America has the best air, the cleanest water. Here are the best ways to reduce carbon emissions." There are better solutions. "

What did Trump-Biden say on the Corona vaccine

Trump said in the presidential debate that the corona vaccine will be announced by the end of this year. Because of Corona, we cannot close the country and like Biden cannot live in the basement.

Biden alleged that Trump had no plans to eliminate Corona and demanded Trump be disqualified for the election. Biden said that 'no person responsible for the death of so many people has the right to continue in the presidency. Trump should be disqualified for election after 2.20 lakh deaths from Corona in the US.

At the beginning of the last presidential debate, Biden targeted Trump, saying that "a large journal has described the behavior of the US president as absolutely horrific". Reversing this, Trump said that "the heads of many countries have thanked us for what we have done so far".