US Elections: Trump says Joe Biden is a corrupt leader who betrayed America for 47 years

Addressing a rally in Rochester, Minnesota, said that Biden has a craze for power 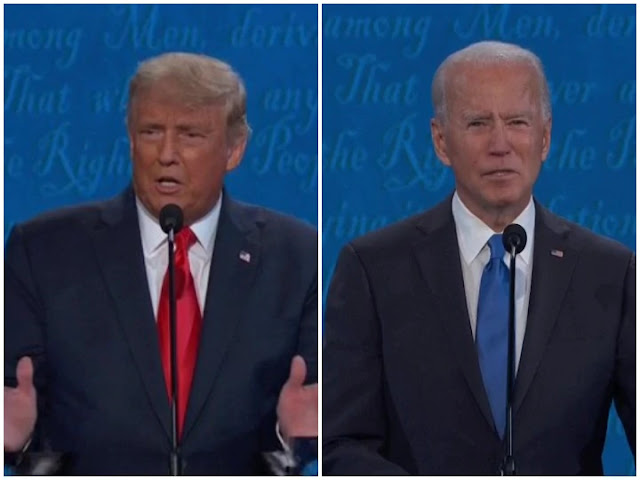 US President Donald Trump accused his rival Joe Biden of being a corrupt leader in the presidential election, saying that the Democratic nominee had done nothing but deceive Americans in the last 47 years. Trump (74) while addressing a rally in Rochester, Minnesota, said that Biden has a craze for power. He said, "Biden is a lousy and corrupt leader who has done nothing but cheat you in the last 47 years. He will look into your eyes and turn around and stab you on the back. They only worry about gaining power. "

Trump appeals to his supporters to win

Trump told his supporters that he can only protect his dignity by giving him a decisive victory in the presidential election to be held on November 3. He said, "This is the only way to protect your family and your country." This is the only way to preserve and protect the American way of life. You have to vote on November 3. Vote to defeat Biden on November 3 and protect American independence. "The president said Biden's plan would delay the introduction of the corona virus vaccine, delay in implementing treatment methods, collapse the economy, and The entire country will be closed. He said, "We will eradicate the Chinese plague forever." Voting for the Republican Party will be a vote for the American Dream ... voting for Ibrahim Lincoln's party. "

Dependence on China will end in four years

In the US, a total of 90,34,925 people have been infected with the corona virus and 2,29,544 people have died due to infection. He said, "We will make America the world's manufacturing superpower in the next four years and end our dependence on China forever."