Pakistan will remain in the gray list of Financial Action Task Force (FATF). 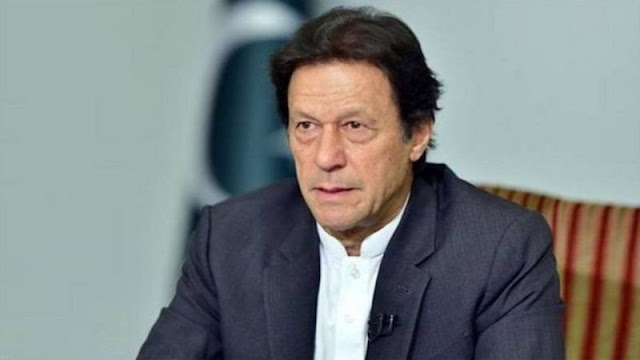 It was decided on Friday, the last day of the three-day Financial Action Task Force (FATF) virtual meeting that began on Wednesday. The meeting was held online due to the Corona epidemic.

In this meeting, it was reviewed how successful Pakistan has been in stopping the funding of extremism and money laundering.

For the past few days, many countries, including India, were constantly eyeing the preparations for this meeting and in Pakistan.

In the meeting held in February 2020, the FATF had said that Pakistan has met only 14 out of 27 criteria. The FATF gave Pakistan four more months to implement the remaining 13 conditions.

Based on these, the FATF had to decide whether to keep Pakistan in the gray or black list.

On 11 October, APG (Asia Pacific Group) in its review report placed Pakistan in the 'enhanced follow-up list'. The APG gave the reason behind this because of Pakistan's failure to stop money laundering and extremism funds.

While this report praised that Pakistan was active in fulfilling the 27 FATF recommendations and has already made a law in 15 cases for prevention of Terror Funding but it also states that there is no action on some of the recommendations It seems that FATF is not completely satisfied with the steps taken in this matter from Pakistan.

Earlier, Pakistan Foreign Minister Shah Mehmood Qureshi had said that out of the total of 27 recommendations, Pakistan has implemented hundred percent on 21 and the government of Pakistan is committed to implement the remaining six recommendations soon.

What is FATF and how does it work?

FATF is an international body, established in 1989 at the initiative of G7 countries. The headquarters of the institution is in Paris.

The main objective of this organization is to formulate policies to deal with money laundering happening around the world. However, after the attack on the World Trade Center, the purpose of stopping the funding of extremism was also included.

FATF included Pakistan in its gray list in June 2018.

The FATF reportedly attributed this to funding from Pakistan by organizations that are involved in spreading global extremism.

Soon after, Pakistan started taking action on extremist groups and raided their bases. Action was taken against Jamaat-ud-Dawa and his associates.

Jamaat-ud-Dawa chief Hafiz Saeed was arrested in July 2019 and he was tried in December this year.

Hafiz Saeed has been arrested and released many times before.

There was a cautious response from India on the arrest of Hafiz Saeed. Earlier, in 2008 and 2009, Hafiz Saeed had been arrested for his involvement in the Mumbai attacks but was later released.

The list of the organization in which Pakistan is included is called the gray list in the common language. However, FATF does not use any special terminology regarding this list.

Countries in the gray list are those where the risk of extremism funding and money laundering is highest, but they are ready to work with FATF to stop it.

The Asia Pacific Group (APG), an agency associated with the FATF, monitors the country concerned in the matter of how serious it is about ending funding and money laundering for extremism. There are currently 18 countries in the gray list.

Like APG, there are agencies related to FATF in Europe, South America and other regions.

What is the importance of getting out of gray list for Pakistan?

It is very important for Pakistan to come out of this list. Pakistan has been accused since 2000 of providing financial assistance to extremists. India is eyeing the next meeting of the FATF and the United States is also closely monitoring the situation.

Pakistan Foreign Minister Shah Mehmood Qureshi has said from a news channel that Pakistan will be taken out of the list soon but he did not say anything about how soon it will be done.

In the past too, Pakistan has been in the gray list from 2013 to 2016. After satisfactory reports, Pakistan was removed from the list. Once again Pakistan is trying to work on the issues raised by FATF so that it can come out of this list as soon as possible.

The foreign investment to Pakistan is being adversely affected by its continuation in the gray list. Apart from this, import, export and ability to borrow from international institutions like IMF and ADB are also being affected.

Considering the fact that Pakistan is very much dependent on foreign aid for its economic condition, staying on the gray list is affecting the economy of the country very badly. Staying in the gray list is also a serious obstacle for e-commerce and digital financing.

What has Pakistan done to come out of the gray list so far?

In February this year, the FATF said that Pakistan has stood on only 14 out of 27 parameters. But in September, many bills and amendments have been passed in the Parliament of Pakistan for the purpose of stopping money laundering and extremism.

Pakistan has strengthened the anti-extremism law to the standards of the UN Security Council. Apart from this, administrative and financial monitoring on public welfare institutions has also been increased in some areas.

Pakistan has made it more stringent by bringing changes in the prosecution process.

Right now, at least 12 out of 39 members need to be supported to come out of Pakistan and gray list.

India and its allies are trying to put Pakistan on the black list, but on the other hand, Pakistan's allies believe that despite limited resources, Pakistan is doing everything possible to crush extremism.

In September, China had expressed the hope that it would be in Pakistan's favor in the review meeting to be held in October.