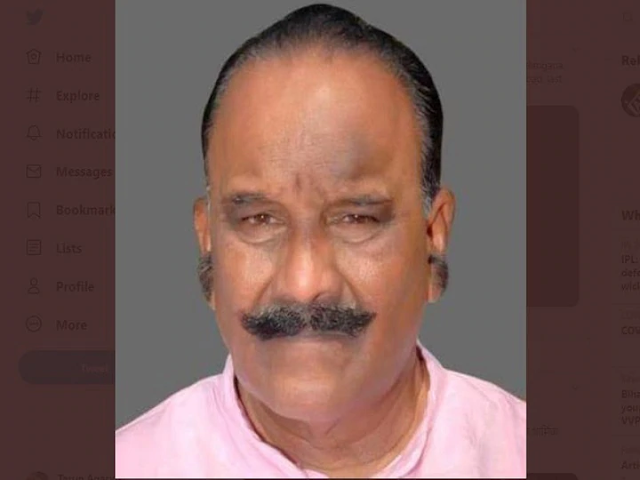 Telangana's first home minister and TRS leader Naini Narasimha Reddy died on Wednesday night. He was admitted to a hospital in Hyderabad after a pneumonia complaint, where he breathed his last. Narasimha was found corona infected last month, but recovered after treatment. He was already undergoing treatment for some other disease.

Naini Narasimha Reddy was one of the popular leaders of Hyderabad. He was born in the year 1944 in Devarkonda area of ​​Telangana. Narasimha was strongly influenced by Jayaprakash Narayan. During that time he also joined the Telangana movement in 1969. He started his political career with the Janata Party.

Became MLA from Hyderabad's Musheerabad assembly constituency many times. From 2005 to 2008, he took charge as the Minister of Technical Education in the YSR Cabinet Minister. Naini Narasimha was the home minister of Telangana from 2014 to 2018.

The recovery rate from Kovid-19 in Telangana has now reached above 90 percent. The state is now seeing more recovery than infection for the last several days. State health officials said on Wednesday that 1,811 patients of corona virus have recovered from the disease in the last 24 hours, after which the total number of patients recovering has increased to 2,04,388.

The recovery rate in the state has gone up to 90.38 percent, while at the national level this figure is 88.8 percent. The total number of cases in Telangana has increased to 2,26,124. Of these 20,449 patients are actively infected, of which 17,071 patients are in isolation at home. The death rate has fallen from the national average of 1.5 percent to 0.56 percent.