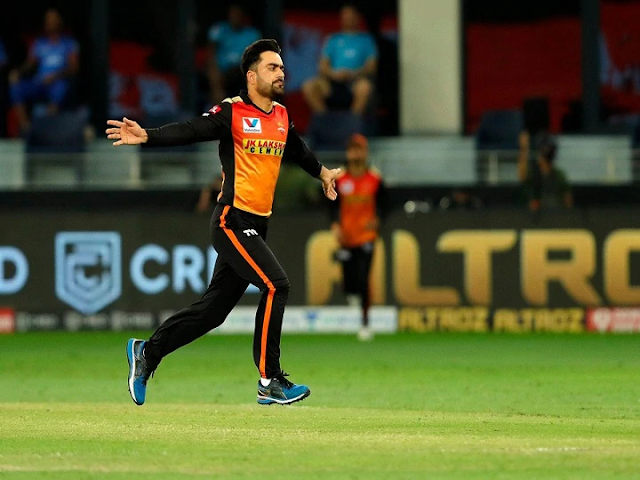 SRH vs DC: Sunrisers Hyderabad defeated Delhi Capitals by 88 runs in the 47th match of IPL 2020. This is Hyderabad's fifth win in this season. With this, she has reached number six in the point table. With this victory, the hopes of Hyderabad qualifying in the play offs remain intact.

Sunrisers Hyderabad played 2019 in this match, scoring 2019 runs at the loss of two wickets in 20 overs. In response, Delhi Capitals were all out for 131 runs in 19 overs.

Earlier, David Warner and Wriddhiman Saha gave a great start to Sunrisers Hyderabad, winning the toss and batting first. Both of them added 107 runs in 9.4 overs for the first wicket. Warner scored 66 runs in 34 balls and was dismissed by R Ashwin. During this, he hit eight fours and two sixes.

After this Saha shared a 63-run partnership for the second wicket with Manish Pandey. Saha missed a century in excellent rhythm and lost his wicket off the ball of Enrique Nortje after scoring 87 runs in 45 balls. During this time, his strike rate was 193.33. In this innings, Saha hit 12 fours and two sixes.

Manish Pandey and Kane Williamson shared an unbeaten 49-run partnership after two wickets fell for 170 runs. Pandey scored an unbeaten 44 from 31 balls. During this, four fours and a six came out of his bat. At the same time, Williamson remained unbeaten after scoring 11 runs in 10 balls.

After this, Delhi Capitals had a very poor start to chase the huge target of 220 runs from Sunrisers Hyderabad. Shikhar Dhawan, who was in great form in the first over, returned to the pavilion without opening the account. After this Marcus Stoinis, who came to bat at number three in the second over, also returned to the pavilion. Shahbaz Nadeem made Stoinis his victim.

After two wickets fell for 14 runs, Delhi sent Shimran Hetmyer to bat at number four. But his strategy also did not work. Hetmyer was out after scoring 16 runs in 13 balls. He was bowled out by Rashid Khan.

After this Ajinkya Rahane also went on to score 26 runs. Rishabh Pant scored 36 runs in 35 balls for Delhi. But his innings could not even bring the team closer to victory. Captain Shreyas Iyer came to bat at number six in this match. He was also dismissed after scoring seven runs in 12 balls.

After this, the entire team of Delhi was shattered like cards. In front of Hyderabad's deadly bowling, his seven batsmen could not even touch the figure of ten. However, in the end, Tusharesh Pandey reduced the gap of defeat for Delhi by playing 20 runs in 9 balls.

Leg-spinner Rashid Khan bowled amazingly for Hyderabad. He took three wickets for just seven runs in four overs of his quota. Apart from this, T. Natarajan and Sandeep Sharma also got two successes.