Rugged SUV Land Rover Defender will be launched in India tomorrow, see how much it will cost

Jaguar Land Rover India-JLR India will launch its Land Rover Defender in India tomorrow. Booking of this car had started from February this year.

Jaguar Land Rover India-JLR India will launch its Land Rover Defender in India tomorrow. Booking of this car had started from February this year. The exquisite showroom price of this SUV in India is Rs. 69.99 lakhs.

The first batch of defenders has arrived in India, now it will be sold as Complete Built Unit (CBU). The Defender, full of off roading features, has been built on a new platform of Land Rover. Which is named D7X. Due to the platform, the body of the car looks extremely muscular and strong. 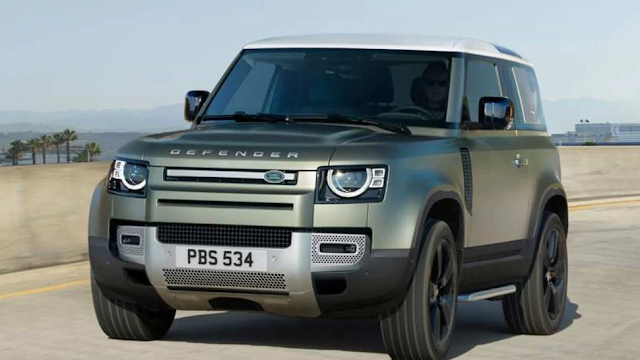 The first edition variant of the Defender 90 has LED headlights, DRLs, front fog lights, folding fabric roof and key-lace entry. It gets a 20-inch alloy wheel, which is perfect for offering. A 10-inch Pivi Pro infotainment system is also available, supporting Android Auto and Apple CarPlay. Apart from this, it also has a 3D surround camera, blind spot assist and cruise control.

The top variant first edition of the Defender 110 features Matrix LED headlights, along with DRLs. Sliding is the panoramic roof. It also has 20-inch alloy wheels. Refrigerator compartment is also available. It also has a 10-inch Pivi Pro infotainment system. Apart from this, driver condition monitor, 360 degree parking assistant and cruise control will also be available.