PM Modi flagged off the country's first sea-plane service, a flight from Kevadia to Sabarmati

PM Modi boarded a sea plane to go from Kevadia to Sabarmati. This sea-plane connects Sabarmati Riverfront in Ahmedabad to the Statue of Unity in Kevadia. 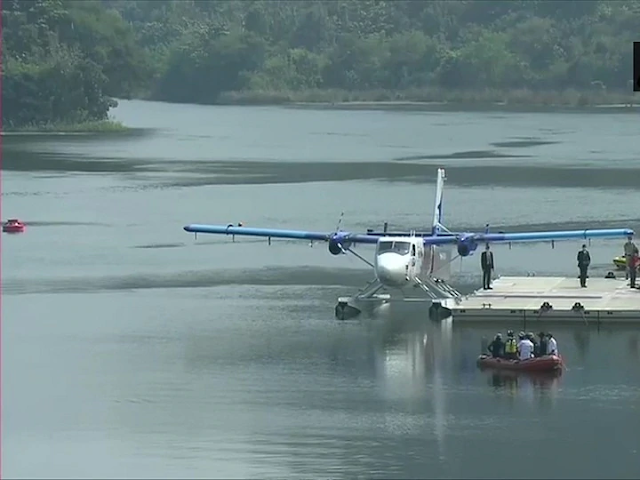 Prime Minister Narendra Modi has launched the country's first sea-plane project on the birth anniversary of Sardar Ballabhbhai Patel. PM Modi rode in a sea plane to go from Kevadia to Sabarmati. This sea-plane connects Sabarmati Riverfront in Ahmedabad to the Statue of Unity in Kevadia.

Sea-plane service will be available daily for tourists between Ahmedabad to Kevadia and Kevadia to Ahmedabad.

The fare will be 3 thousand rupees

The total fare from Ahmedabad to Kevadia and both Kevadia and Ahmedabad has been fixed at Rs 3000. One side fare has been kept at 1500 rupees. Online ticket booking has started from 30 October. The 15-seater twin otter 300 aircraft will be used for these flights.

The service is popular all over the world

The Sea-Plane has the ability to get off the water and take-off, allowing access to areas that do not have landing strips or runways. The Twin Otter 300 is the safest and most popular sea-plane. It is one of the most popular and widely used aircraft worldwide.