Payment was made with QR code and easy, see how much impact will be made by RBI's new decree

Currently, the easiest way to make digital payments is the QR code, the Reserve Bank of India (RBI) has issued an order. This RBI order will make QR payment easier, understand how easy it will be for you.

The Reserve Bank of India (RBI) has prepared a draft to make it mandatory for payment companies to use the Interoperable QR Code. This draft has been prepared to promote digital and secure transactions in the country. 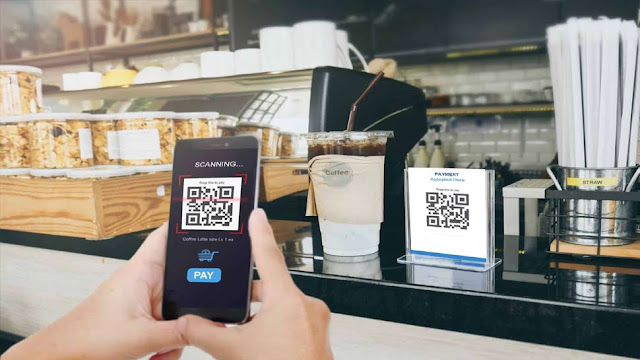 RBI has also prepared a regulatory framework for this so that different payment systems can be operated in the country. Currently, there are three types of QR codes Bharat QR, UPI QR and proprietary QR code in the country. RBI says that UPI QR and Bharat QR will continue as before, as these are both interoperable QR codes. But payment system operators will no longer be able to issue new proprietary QR codes. Operators have also been asked to spread awareness about people with interoperable QR codes.

RBI had formed a committee headed by Professor Deepak Pathak to suggest changes in interoperable QR codes. This committee has submitted the report of the suggestion of change to the RBI. This committee set up to analyze the QR Code has said that 'the government should also introduce incentive schemes to promote transactions through the QR Code in the country and make it attractive among the people'. In this report submitted to RBI, it is said that paper based QR code is very cheap and low cost. It also does not require much maintenance.

Now here, let's understand how much this RBI order will have on the QR payment system. At this time any Paytm user can easily pay from the QR code of any other company like PhonePe, Google Pay, BharatPe. Other similar companies also receive payments from each other's QR codes. Because Paytm PhonePe has already launched interoperable QR code before RBI order.

PhonePe started the facility of interoperable QR code only in September 2019, while Paytm started this service in January this year. Hence, industry experts believe that this order of RBI will not see much difference, because Paytm, PhonePe and Google Pay have already stopped proprietary QR codes.

When did the QR Code come

In the year 1990, a Japanese company Denso Wave invented the Quick Response (QR Code). QR code is a type of barcode that is read through the machine. QR code can collect and keep many types of information in itself. QR code payment system is being used quite a lot in India.